Juegos Rancheros is excited to present a special event for the month of February— After Dark, a showcase of 18+, adult-only games focused on sexuality. Join us WEDNESDAY February 6th at 7:00 PM at Austin’s North Door for a night of enjoying adult-themed video games!

In advance of this event, we want to be sure to put a spotlight on our Safe Spaces Policy.
While the games being shown at this evening’s event contain content that is of a sexual nature, that does not translate to an invitation for interactions of a sexual nature or any behavior that is harassing or made to make anyone feel uncomfortable. We encourage everyone to review our Safe Spaces Policy, and leave an open invitation for everyone to reach out to a board member if you have any questions, comments, or concerns about our policy. 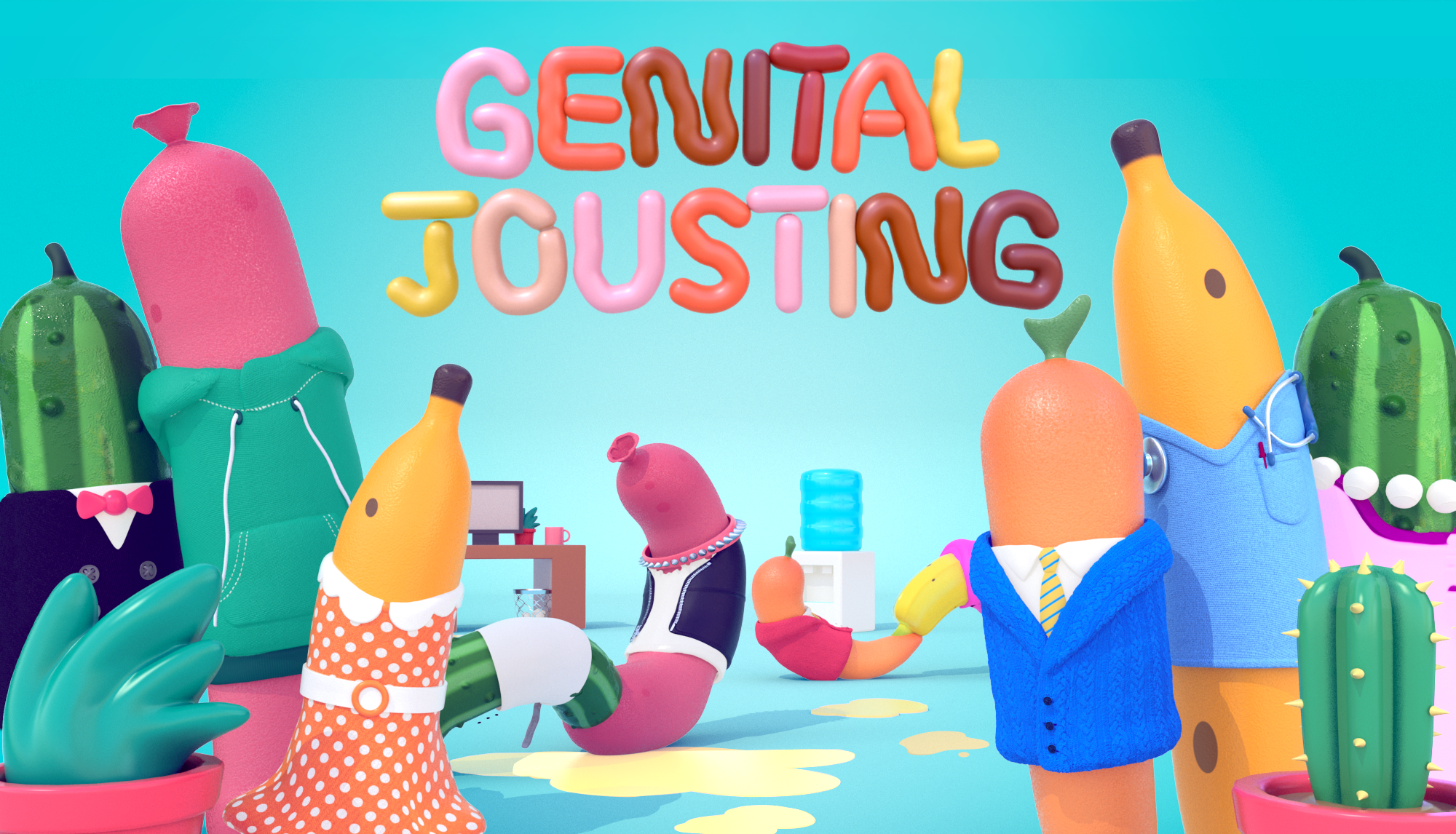 In Story Mode, play as John, a dick who wants to find a date for his high school reunion. He’ll need some help along the way. He’s wobbly, he’s soft. But he wants to be hard. So very hard. He wants to show everyone his astounding rigidity. And with your help, that’s exactly what he’ll do.

Genital Jousting was developed by Free Lives(@Free_Lives) and published by Devolver Digital (@DevolverDigital). 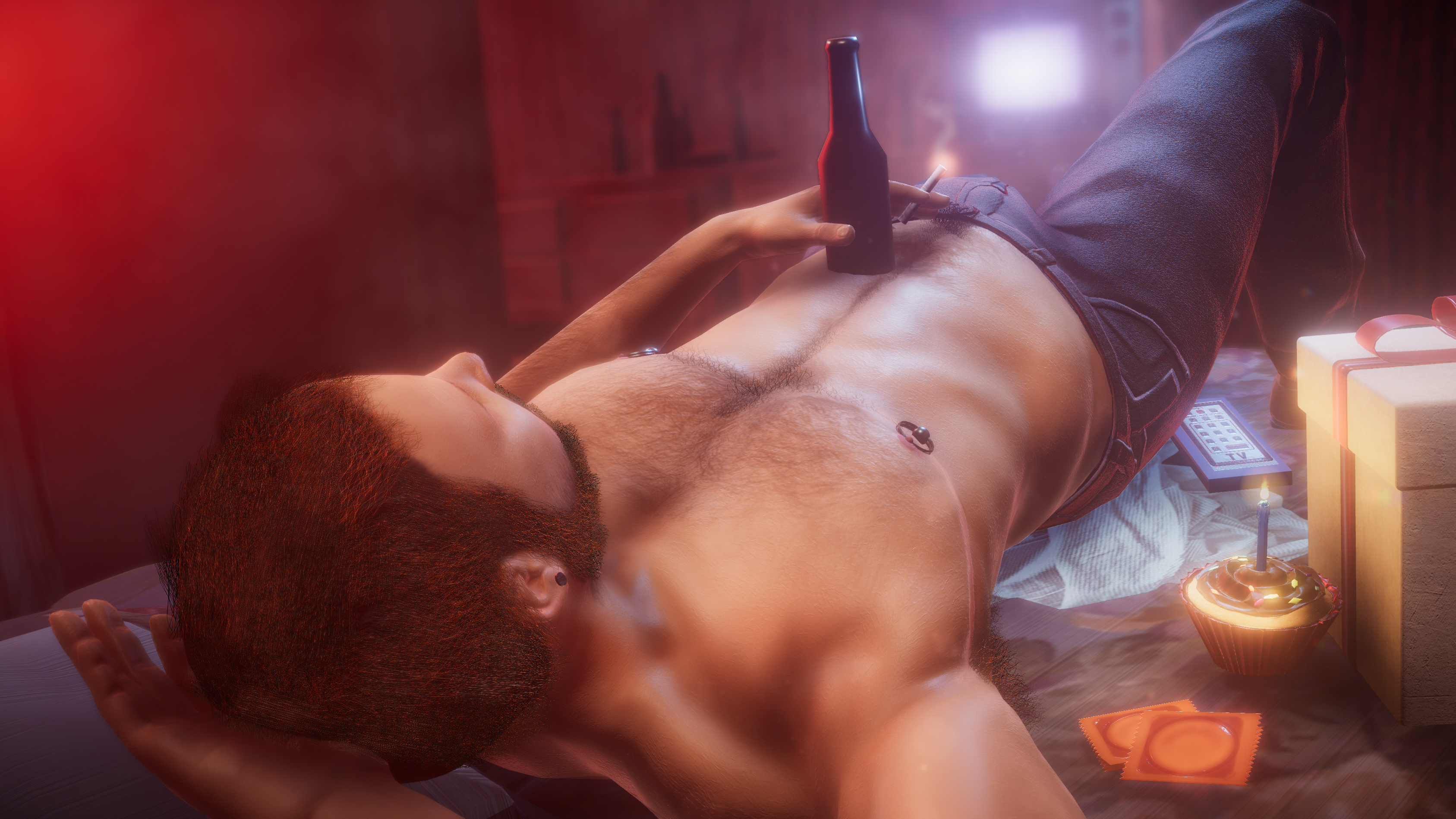 These small short games attempt to expand eroticism in games beyond a cutscene and fade-to-black. What if sex in games was something we performed as players, instead of something we obtained? What might sex mechanics look like? How can we convey intimacy in games? That’s what Radiator 2 tries to explore.

The collection was developed by Robert Yang (@radiatoryang). 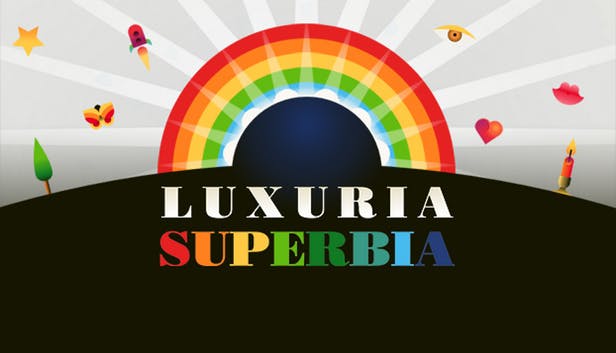 A simple game of touch, pleasure and joy made for fingers on touchscreens and joysticks on computers.

Luxuria Superbia is a musical journey from the sensuous to the spiritual. Exciting designs explode from your gestures as you glide through tunnels, beautiful as flowers. It’s all about the experience and the interaction.

Positive, optimistic, joyous, encouraging and perhaps even instructional.
Designed by Michaël Samyn and Auriea Harvey with music by Walter Hus.

Ladykiller in a Bind 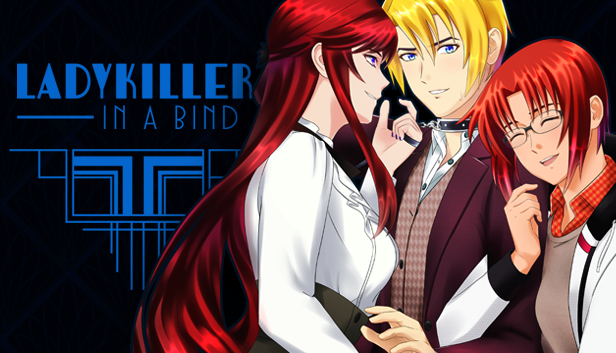 My Twin Brother Made Me Crossdress As Him And Now I Have To Deal With A Geeky Stalker And A Domme Beauty Who Want Me In A Bind!! or, Ladykiller in a Bind

Forced to pretend to be her twin brother on a cruise ship full of his classmates and enemies, the Beast finds herself thrown into a game of complex social manipulation, as well as literal bondage. Can you win enough of their votes to get back the Beast’s motorcycle? Will you get locked up in cargo for doing too unconvincing an impression of the Beast’s brother? Or will you just spend the whole time brazenly [CENSORED]?

You can play these games and more Wednesday, February 6th, at 7:00PM at North Door, 501 Brushy Street, Austin, TX 78702, with a short introduction at 8:00PM. The 18+ show is free and open to all the public, so come join us as we drink, play and meet the people changing the way we think about games!

JUEGOS RANCHEROS is excited to reflect with you on the new year and share our favorite games from 2018. Join us for a very special catalogue of games chosen by yours truly. Join us WEDNESDAY (new year, new weekday!), January 2nd at 7:00 PM at Austin’s North Door for a selection of hand picked games from your Juegos Rancheros board members. 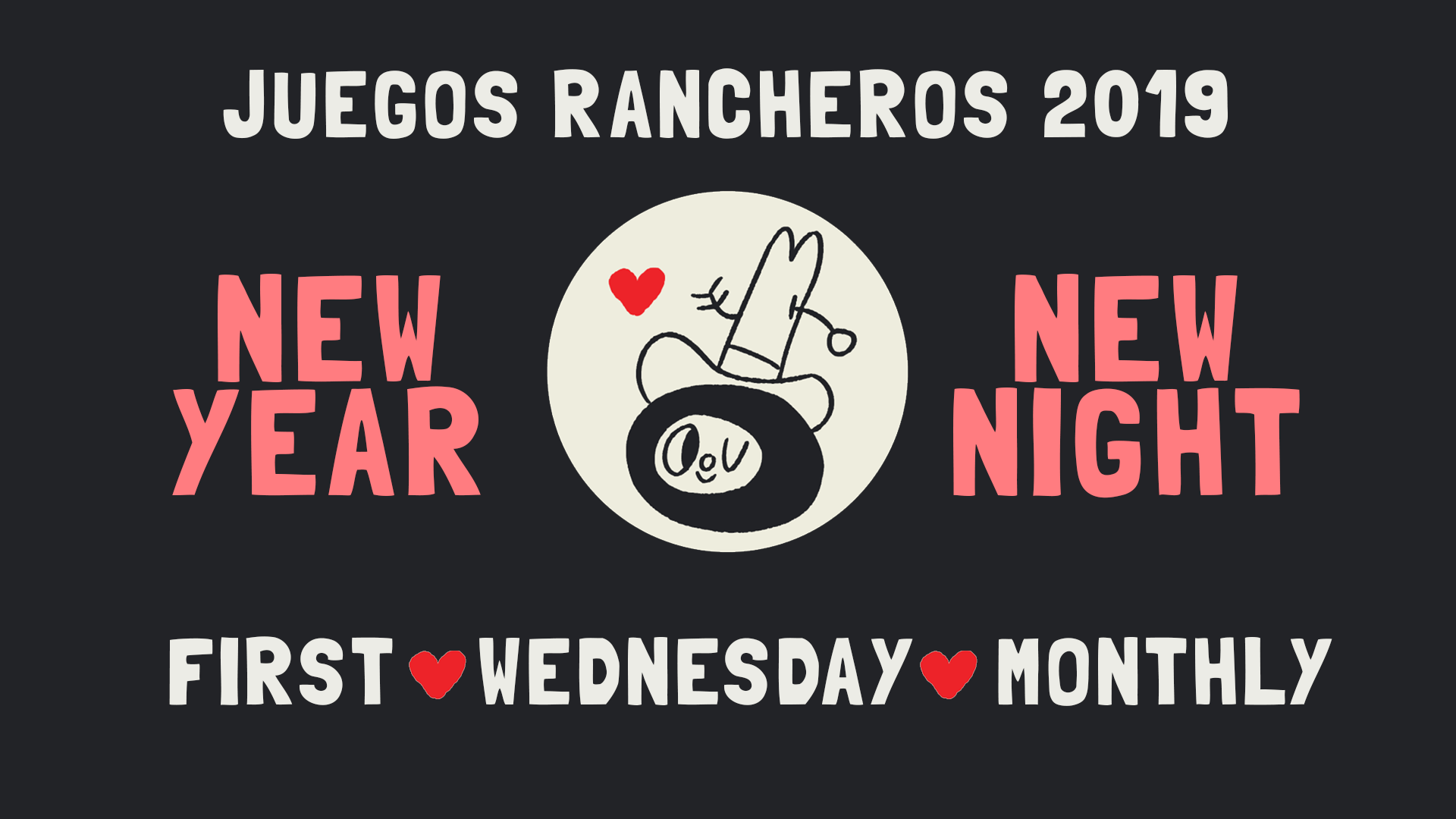 In addition to our favorites, we’ll also be showcasing more multi- and single-player games by the game’s developers, on top of the usual ‘indie alley’ games brought in by Austin’s local game community!

You can play these games and more Wednesday, January 2nd, at 7:00PM at North Door, 501 Brushy Street, Austin, TX 78702, with a short introduction at 8:00PM. The show is free, all ages, and open to all the public, so come join us as we drink, play and meet the people changing the way we think about games!

UFO 50 is a collection of 50 single and multiplayer games from the creators of Spelunky, Downwell, Time Barons, Skorpulac, and Madhouse. Jump in and explore a variety of genres, from platformers and shoot ’em ups to puzzle games and RPGs. Our goal is to combine a familiar 8-bit aesthetic with new ideas and modern game design sensibilities.

Retro Game Crunch is a series of 7 games, full of the charm and challenge of the 8-bit generation. Each world feels like an authentic NES classic. This genre-spanning collection includes… Super Clew Land, End of Line, GAIAttack, Paradox Lost, Wub-Wub Wescue, Brains & Hearts, and Shūten!

Retro Game Crunch is a collaboration between Rusty Moyher, Shaun Inman, and Matt Grimm. In August 2012, the team jammed for 72 hours during Ludum Dare 24 to create the first entry in RGC— Super Clew Land. A Kickstarter, 6 months, and 6 games later, Retro Game Crunch came to life!

Be sure to join us Thursday, December 6th, at 7:00PM at North Door, 501 Brushy Street, Austin, TX 78702! Stuff your proverbial stocking with retro games for days.

We brought together six of the most talented indie developers from around the world to create new games, all of which made their debut at our ninth-annual indie game festival, Fantastic Arcade, which took place in Austin, TX, October 25th through 28th, 2018.

[CLICK HERE OR USE THE WIDGET BELOW TO BUY THE 2018 FANTASTIC ARCADE BUNDLE AND SUPPORT JUEGOS RANCHEROS!]

All proceeds from the sale of this bundle benefit our non-profit organization. Help us showcase more amazing games both here in Austin and a city near you, and commission more fantastic developers to create new games like these!

Included in this bundle are all six games you see here:

Grass Stains is a local multiplayer game about two little kids, their dog, and a soccer ball on a summer day. Kick the ball too hard at your friend and you might just knock them over. Will you play fair and help them up, or tease them while you score point after point? It’s up to you!

Contributors to Grass Stains include Nina Freeman, Aaron Freedman, Diego Garcia, and Amos Roddy. Nina was the designer for Lost Memories Dot Net, Cibele, how do you Do it? and Kimmy, as well as part of the Fullbright team (Tacoma).

Brave robot Pop is in trouble! Stranded on a strange planet and hunted by the Hand of Hate, he must fend off wave after wave of threats: Coinsteroids, pinvaders, cosmic jellysquid, and space pirates galore! Though Pop is no pushover, the presentiment persists: How long can our plucky protagonist persevere in this petite planetary predicament? Find out in: PAPER PLANET POP!

Tyriq Plummer is a developer and game artist best known for their work on the roguelike platformer Catacomb Kids. Tyriq also has a reputation as a inventive game jam participant, with numerous Ludum Dare titles to their name.

Did you know: your phone is secretly also a robot? And everyone else in the venue’s is, too! Connect them together and hack them all.

George Buckenham is a prolific programmer for games (Beasts of Balance) and procedurally generated text (Cheap Bots, Done Quick!), as well as one of the minds behind rogue party-game revelers The Wild Rumpus.

BREAKER is a weird blend between breakout, space invaders and ikaruga, and features an original, responsive soundtrack by Dubmood with sound effects by Martin Kvale.

A Giant Monster has appeared in Kyoto II! The city’s only hope is for you and your company to construct a Colossal Robot, maneuver your creation to the target creature, and… ask it out to dinner? Or a film? Or something?

Cooperate in building a perfect match for the kaiju, and compete against rival companies to romance the lonely monster in KAIJU SUPER DATETECH!

ComPETition is a competitive cat petting game for two players. Who will win the cat’s affection before it gets bored? Who will be scratched into shame? Grab a friend and find out in this fuzzball extravaganza!

Catt Small is an interactive designer and developer who works in user experience and games, as well as organizing and advocating for marginalized groups in tech. Catt previously created the multiplayer game Breakup Squad, as a part of NYU’s 2016 No Quarter Exhibition.

We’ve announced 30+ games coming to this year’s Fantastic Arcade — and want to give you an early peek at some you still can’t play anywhere else!

Games appearing on Thursday will include: 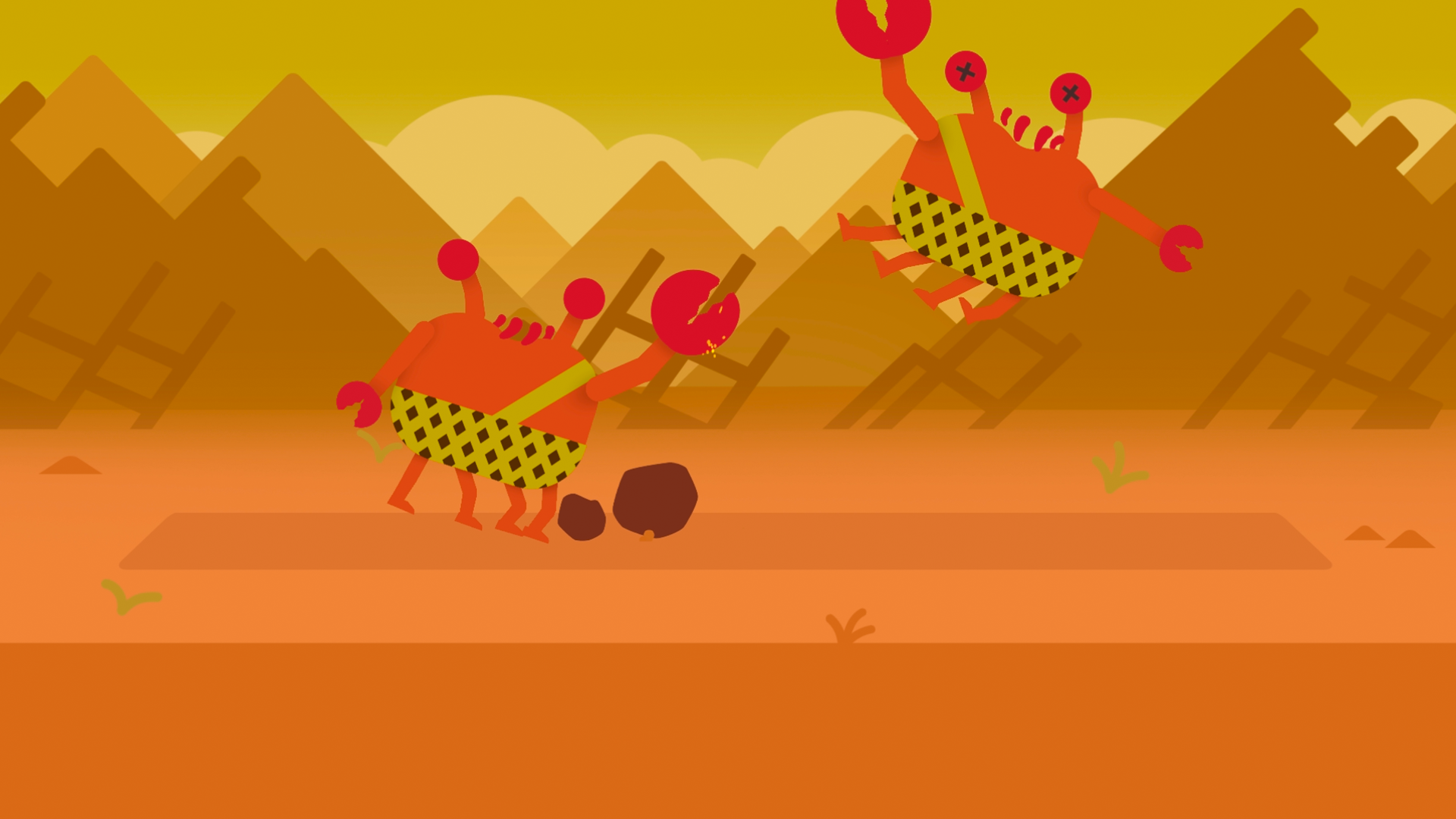 Cricket Through the Ages Free Lives

Over a thousand years ago the human race teetered on the edge of extinction. They were helpless against the mighty behemoths of the land. And then, salvation… Cricket was invented! Go alone, or take a friend of your choice, on a journey through the rich, and exquisitely accurate, history of cricket. 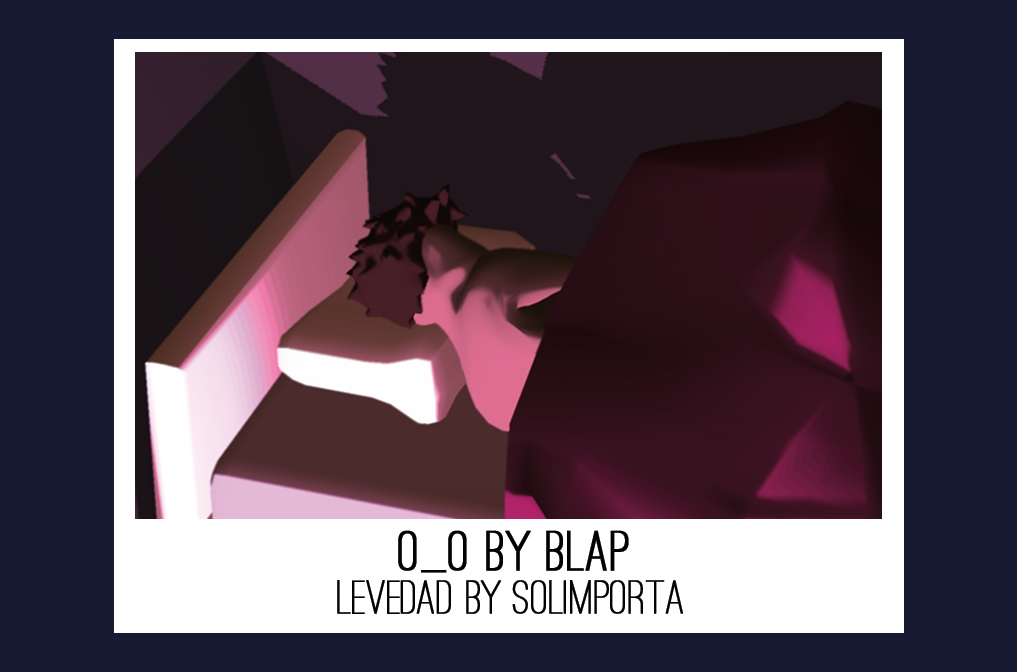 Levedad is a game about capturing time through the contemplative gaze of long exposure photography. It is finding beauty in an ever-changing space where time passes with you and through you. 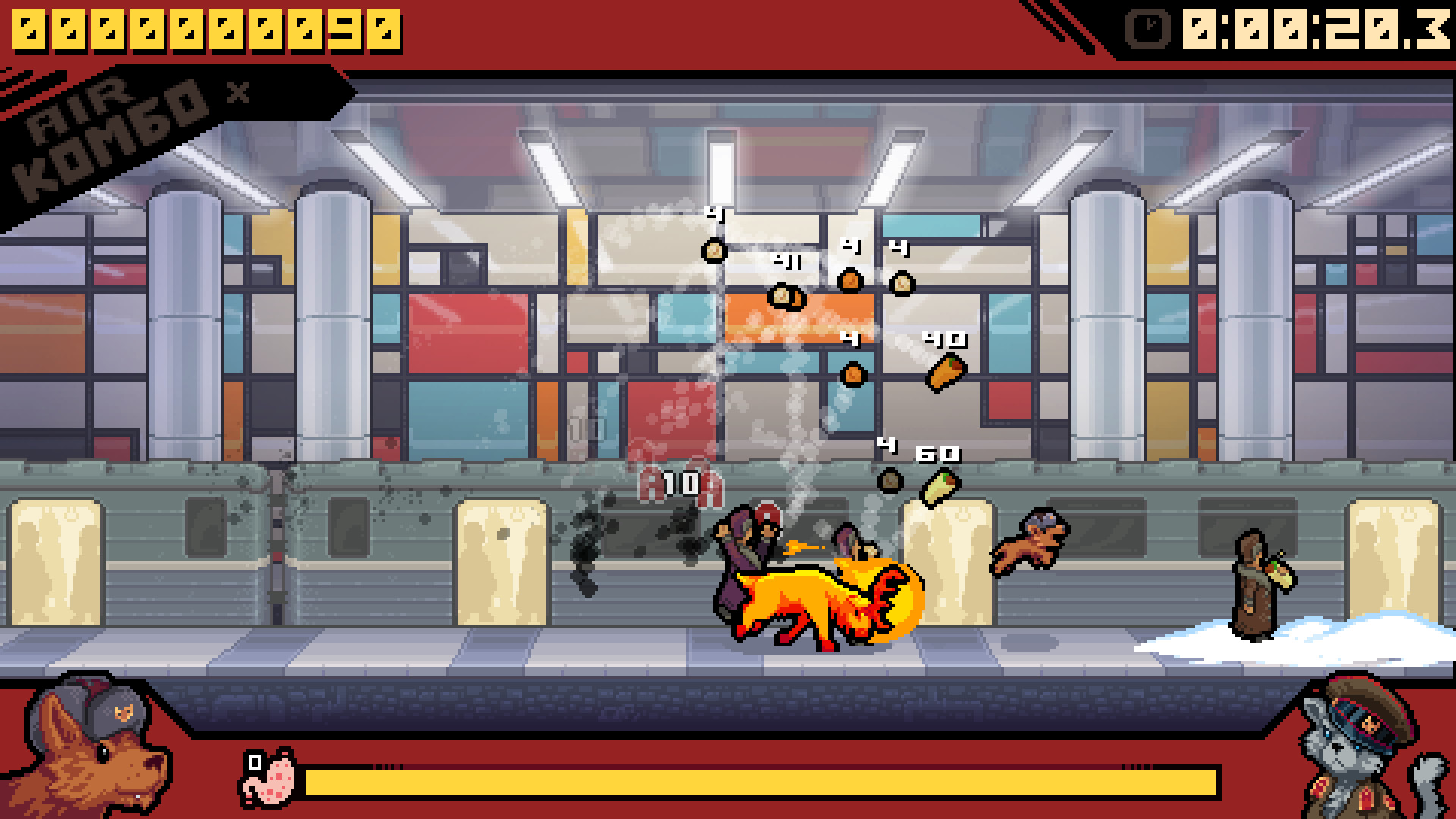 A fast-paced systemic arcade game inspired by the real-life stray dogs of the Moscow metro. Can you steal enough food to survive? Juggle vodka, cook wildlife, bark fire and more in this surprisingly deep arcade game! 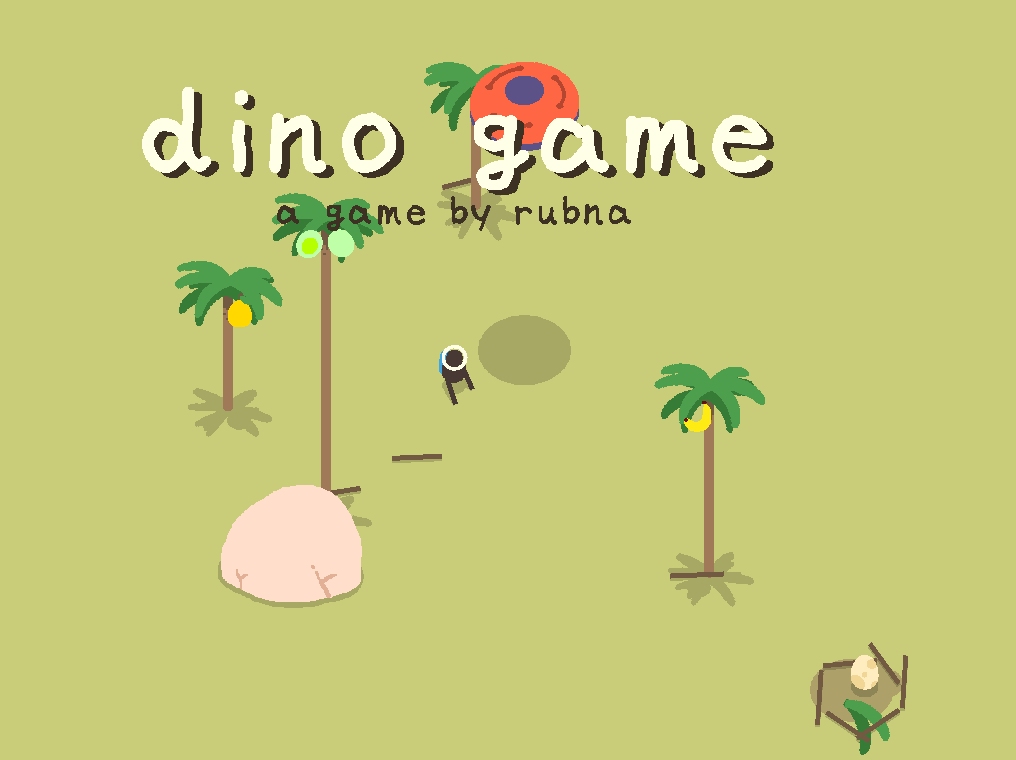 Dino game is about ladders, systems, and tall things. You fell from your UFO. Learn the rules of a foreign place, and find a way to get back to your space-ship!

You can play all of these games and more Thursday, October 4th, at 7:00PM North Door, 501 Brushy Street, Austin, TX 78702, with a short introduction at 8:00PM. The show is free, all ages, and open to all the public, so come join us as we drink, play and meet the people changing the way we think about games!