A post-apocalyptic food-eating-contest card game, a dungeon that grows more complex the drunker you get, the game of tennis, reimagined, and an ancient bloodsport-brawler-ballgame: this Sunday, June 3rd, at 4PM at a very special twelfth edition of JUEGOS RANCHEROS at The Highball, we’ll be bringing you all of these at once, as we present the games of NYU’s NO QUARTER.

Now in its third year, NO QUARTER is an annual event sponsored & curated by NYU’s Game Center with a mission to “foster new perspectives and groundbreaking game design”. It’s the organization that has spawned Messhof’s local favorite NIDHOGG, Robin Arnott’s gas-mask audio-game DEEP SEA and Ramiro Corbetta’s digital sports game HOKRA, and this year’s line-up is no less exciting.

We’ll have BARABARIBALL, a new game from New York’s Noah Sasso, which sees 2-4 players mid-air brawling to take control of a ball and dunk it into the opposing team’s water. It’s a fast-paced mix of basketball meets SUPER SMASH BROS, and in all our lead-up tests to date, it’s proven itself super brilliant. Don’t miss Noah’s awesomely animated breakdown of how it’s played here! 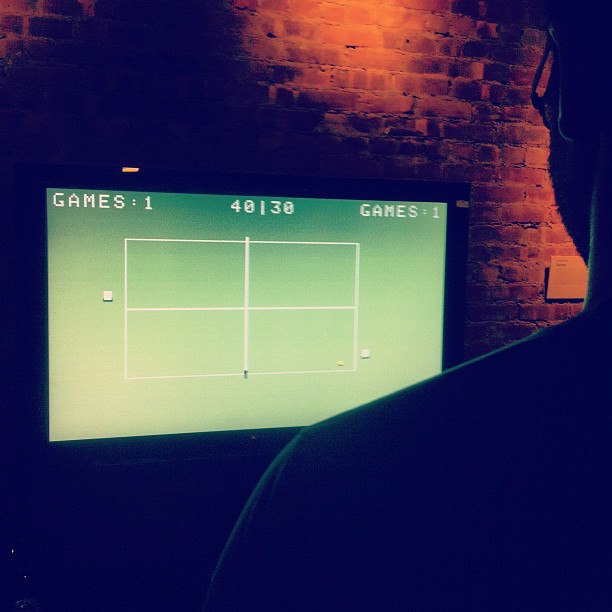 We’ll also have TENNNES, a digital re-imagining of the game of tennis by none other than Jan Willem Nijman — half of Dutch indie devs Vlambeer, and the brain behind games like SUPER CRATE BOX, RADICAL FISHING and more. Tweaked and polished to low-fi perfection, this will be your new favorite PONG game since PONG.

On the analog front, we also will have GUTS OF GLORY, a “deck-spewing card-game food-eating-contest set in the post-apocalyptic-future” created by Zach Gage, the creator of newly minted iPhone/iPad hit SPELLTOWER, as well as BIT PILOT, HALCYON and more. 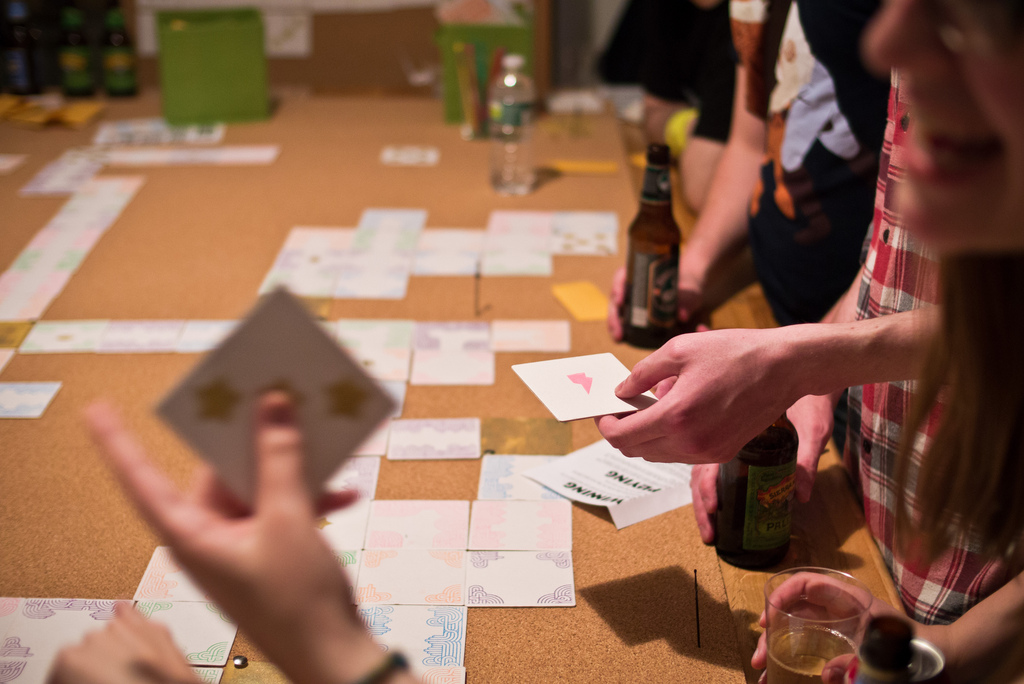 And finally, we’ll be running “the world’s most ornate drinking game” — DRUNK DUNGEON, by Hide & Seek’s Margaret Robertson — in which competing teams of players build dungeons from sets of printed coasters received every time you order a drink. See Margaret’s “hangover report” and “making of” for much more information on that!

NYU Game Center’s own Charles Pratt will be in attendance to give us more background into the organization, the yearly NO QUARTER event itself, and all of the games included in this year’s show. Read his awesome “KEEP GAMES WEIRD” write-up on this year’s event for even more background!

Everything will be kicking off Sunday, June 3rd, promptly at 4PM at The Highball, 1142 S Lamar Blvd, Austin, TX 78704! Come early to get a head-start on learning the card & dungeon rules, enjoy the Highball’s Happy Hour drink specials, and say hello to the people changing the way you think about games!