You’re invited to join us this Friday at 7:00 PM at the Museum of Human Achievement for the unofficial Fantastic Arcade afterparty, as we celebrate the work of arcade of anything Fall 2016 resident artist Robby Kraft.

Robby Kraft (NYC) is perhaps best known for his work in origami. His breathtaking and organic forms, created from the careful folding of paper, have been exhibited internationally.

During his monthlong arcade of anything residency, Kraft has applied his interests in geometry, scale, and play to the world of virtual reality. Shifting Sand Lands is an experimental sandbox rendered simultaneously in virtual and physical worlds. In advance of the opening, you can keep tabs on the development of Shifting Sand Lands on Kraft’s arcade of anything devlog.

For opening night, Kraft will be joined by Nathan Ober and his work The Observer or the Observed?, a sound installation inspired by astrophysics, microtonal sound, and Buddhist thought. We’ll also have refreshments, our world-famous Fantastic Arcade cabinets set up for free play, and a special musical guest that you won’t want to miss.

The arcade of anything event kicks off at 7:00 PM at the Museum of Human Achievement in Austin, TX. Admission is free, but donations–which help fund this and other JUEGOS RANCHEROS programming–are warmly accepted.

[Created in partnership with the Museum of Human Achievement, the arcade of anything artist residency encourages its participants to push into experimental and unexplored territory within digital arts. More information on our residency program can be found here.]

JUEGOS RANCHEROS is pleased to announce Robby Kraft as the Fall 2016 arcade of anything resident.

Currently residing in New York City, Robby Kraft is a software developer and origami master with a special interest in geometry and scale. His time at the arcade of anything residency promises to combine these passions and translate them into a digital landscape—we can’t wait to see what unfolds! 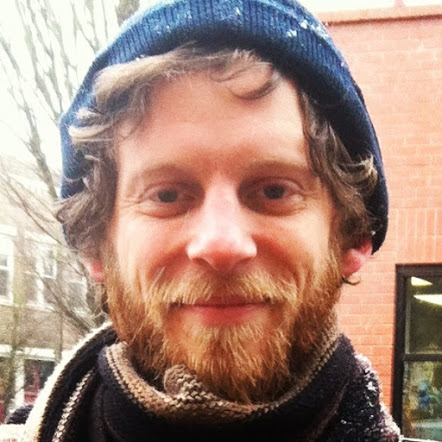 Kraft’s residency will conclude with a public exhibition on Friday, September 30 at JUEGOS RANCHEROS’s indie arcade space, the Museum of Human Amusement. This exhibition falls on the day after Fantastic Arcade ends, so plan to stay in Austin for the week and catch both wonderful events!

The month-long arcade of anything artist residency, created in partnership with the Museum of Human Achievement, encourages participants to push into experimental and unexplored territory within digital arts. You can read more about the residency program here.

Please join us in congratulating Robby Kraft, and stay tuned for more details on his exhibition event on September 30.

Robby Kraft is an origami artist and engineer from Texas now living in New York City. He creates open-source tools that reinscribe relationships between computer algorithms, nature, and music.

Want to get the first look at a long-lost but newly preserved videogame classic? Join us Thursday, March 5th, at 7:00PM at Austin’s North Door as JUEGOS RANCHEROS looks back fondly on the wistful wonder of being a kid again with Zero Zero (1997) by the late Theresa Duncan, alongside two games by Nina Freeman that serve perfectly as contemporary counterparts.

In the 1990s, filmmaker and game designer Theresa Duncan did something pretty revolutionary: she helped create some of the first deeply smart and engaging CD-ROM games for girls. Her point-and-click adventure games were funny and surreal, recalling influences such as Pee-Wee’s Playhouse, while simultaneously incorporating bits of poetry, philosophy, and history. While Duncan’s games were widely acclaimed and innovative for the time, they slowly fell into relative obscurity. 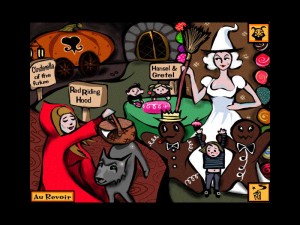 In December 2014, the NYC-based digital art nonprofit Rhizome successfully raised funds through Kickstarter to preserve Duncan’s three games—Chop Suey (1995), Smarty (1996), and Zero Zero (1997)—with the goal of making them playable online for free later this year. JUEGOS RANCHEROS is pleased to present Zero Zero to the public in advance of Rhizome’s exhibition of the games in New York City. 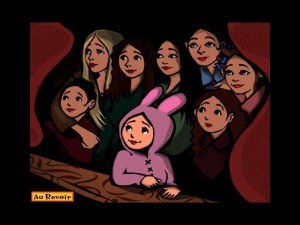 Zero Zero is set in Paris on the last night of 1899. Pinkée, the game’s young protagonist, delivers firewood to neighborhood shops while asking the eccentric grown-ups she encounters what they think the future will be like. Their responses are strange and surreal, offering a poignant commentary on 20th-century history and technology. Join us and be among the few to have played Zero Zero in the 21st century! 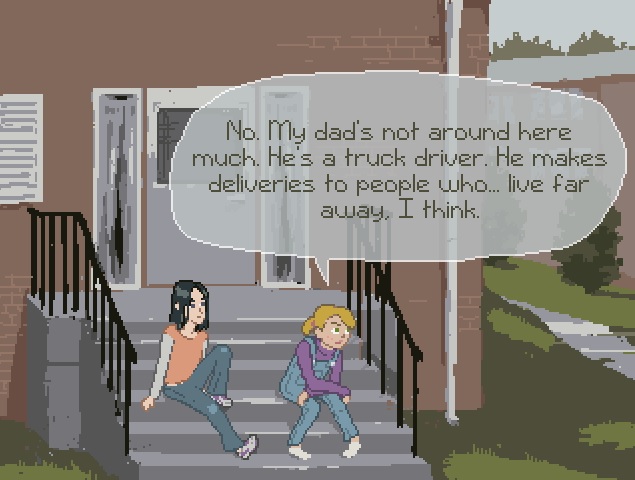 In addition to Duncan’s work, we’ll also be showing two games from Nina Freeman: Space Dad — originally created for and presented at our Space Cowboy Arcade — and 2015 IGF finalist how do you Do it? Like Duncan, Freeman and her collaborators create games that touch on funny and poignant moments of being a young girl. 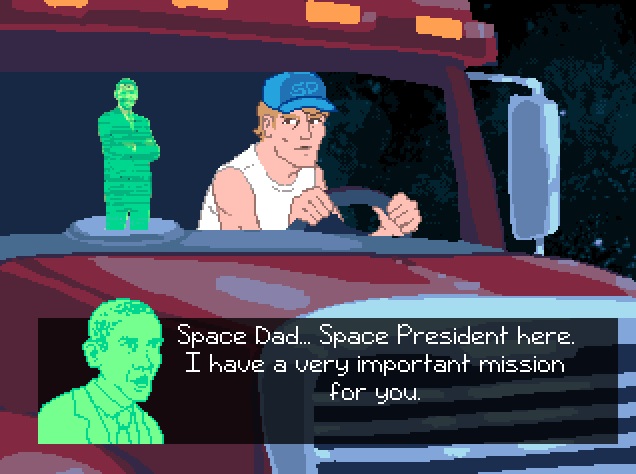 All the games will be playable Thursday, March 5th, at 7:00PM at North Door, 501 Brushy Street, Austin, TX 78702! The show is free and open to all the public, so come join us as we drink, play and meet the people changing the way we think about games!