Ready for another inspiring night of contemplative & beautiful games? Then be sure to join us next Thursday, June 2nd, at 7:00PM at Austin’s North Door, as JUEGOS RANCHEROS presents the work of Klondike, France’s staggeringly talented independent game collective.

You may have caught a few games made by Klondike members at various prior Fantastic Arcades — or even all the way back to our first Marfa Film Festival installation — but we’ve never had an entire night devoted to the group’s collected work, until now.

Collectively hailing from various points around France, the ten-strong group of developers (some of whom gave an overview of the collective’s formation at a 2015 Fantastic Arcade talk you can watch in its entirety here) has established itself as an incredibly prolific powerhouse of understated games with bold & beautiful aesthetics — as evidenced by even a cursory glance at their website. 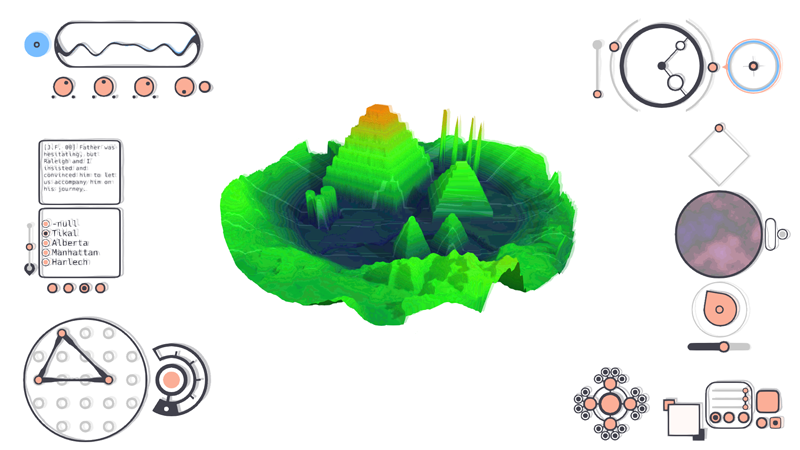 For our special “Introducing: Klondike” show, we’ll be bringing along a wide selection of games from all the diverse members of the group, including Orchids to Dusk (the video above), from member Pol Clarissou, Titouan Millet’s brilliantly opaque and mysterious Mu Cartographer (the screenshot above), and much, much more.

Our selection of Klondike games will be playable Thursday, June 2nd, at 7:00PM at North Door, 501 Brushy Street, Austin, TX 78702. The show is free, all ages, and open to all the public, so come join us as we drink, play and meet the people changing the way we think about games!