Want to try some of the best new local-multiplayer games designed entirely around public play? Then be sure to join us Thursday, November 3rd, at 7:00PM at Austin’s North Door, as JUEGOS RANCHEROS presents the local debut of the games of NYU Game Center’s Seventh Annual No Quarter Exhibition.

Even if you haven’t heard of No Quarter before, you’ve almost definitely heard of some of the games that were commissioned for the exhibition. 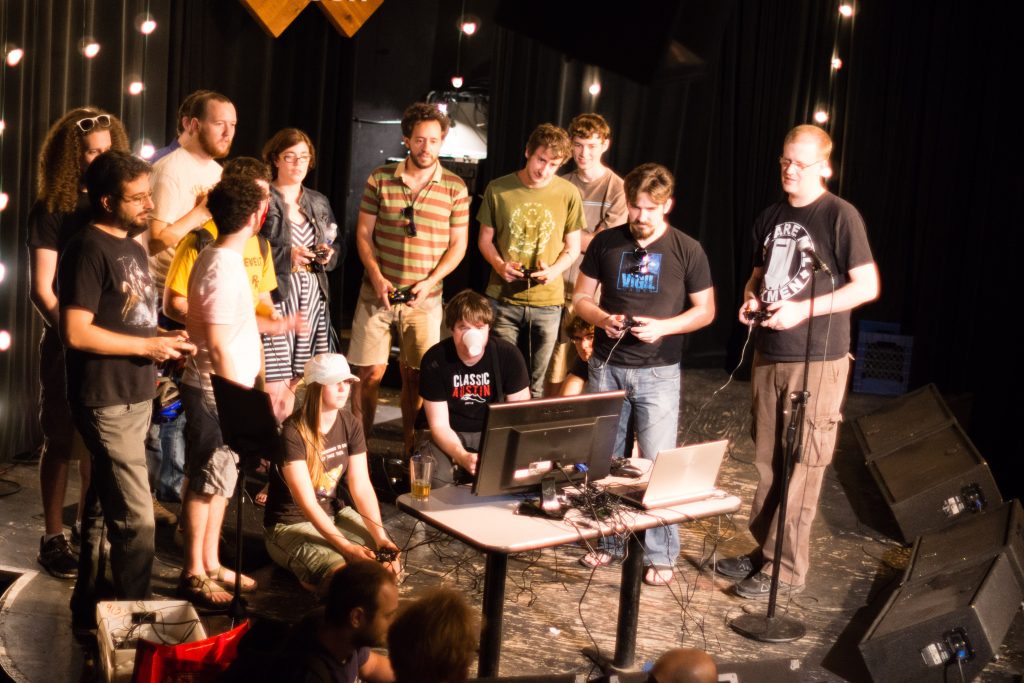 Messhof’s Nidhogg, Ramiro Corbetta’s Hokra (now part of Die Gute Fabrik’s Sportsfriends), Bennett Foddy’s Speed Chess and Nikita Mikros & Joshua DeBonis’s Killer Queen are just a few of the games that have been developed for the annual show and have gone on to renown elsewhere, including several exhibited here at previous JUEGOS RANCHEROS meetups.

Robert Yang, No Quarter curator & himself a local favorite developer, describes the tone of the show and the games it exhibits simply as “games for the public”, where “a public game treats play as a freely available public good that everyone deserves, like air and water,” and creates an atmosphere where players “feel included, and train players to care about each other.”

Because the actual exhibition has yet to begin and the games themselves have yet to be publicly revealed, we can’t yet describe exactly what you’ll be playing at the show, so suffice it to say that we’ll be bringing a selection of these games to the North Door for their first exhibition outside No Quarter itself.

We’ll update this post (and its accompanying Facebook event) with more details of the games as they are revealed, but otherwise, we’ll have them waiting for you Thursday, November 3rd, at 7:00PM at North Door, 501 Brushy Street, Austin, TX 78702. The show is free, all ages, and open to all the public, so come join us as we drink, play and meet the people changing the way we think about games!

[No Quarter poster illustration at top by Arlin Ortiz!!]