Chalk up another victory for Austin indies: ahead of her appearance at this coming Sunday’s meetup of the JUEGOS RANCHEROS, Rachel ‘Party Time! Hexcellent’ Weil has landed her own cover feature in the latest issue of the Austin Chronicle, out on news-stands all over the damn town as of this morning. 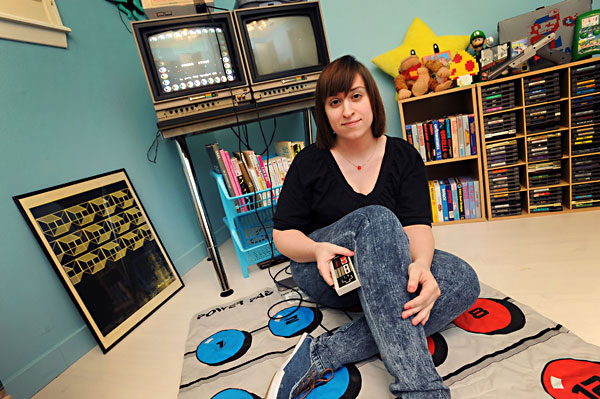 The feature covers her rise from teen hobbyist NES-rom fiddler to full on Assembly-empowered 8-bit hacker, straight up to creating TRACK & FEEL II, the 2-player “Power-Pad”-enhanced audio/visual installation piece that lets players remix 80s-8-bit-aesthetic iconography, itself the centerpiece of this Sunday’s show.

Read the full feature here, and see also author James Renovitch’s supplementary guide to creating your own original 8-bit NES works, and his link-heavy guide to all things Hexcellent.

See you all on Sunday!

[photo by John Henderson for the Chronicle]