Two updates to our announcement of this coming Sunday’s GOD OF BLADES edition meetup: the first, above, is the amazing alternate poster created by our own Dale Austin. We’re incredibly happy with how both turned out, as usual.

More directly, though, yesterday I mentioned that our playable tournament would revolve around GOD OF BLADES co-op mode, but things have changed overnight. Instead, what we’ll be showing is a brand new, previously unseen mode, henceforth to be known as SLAYERS. 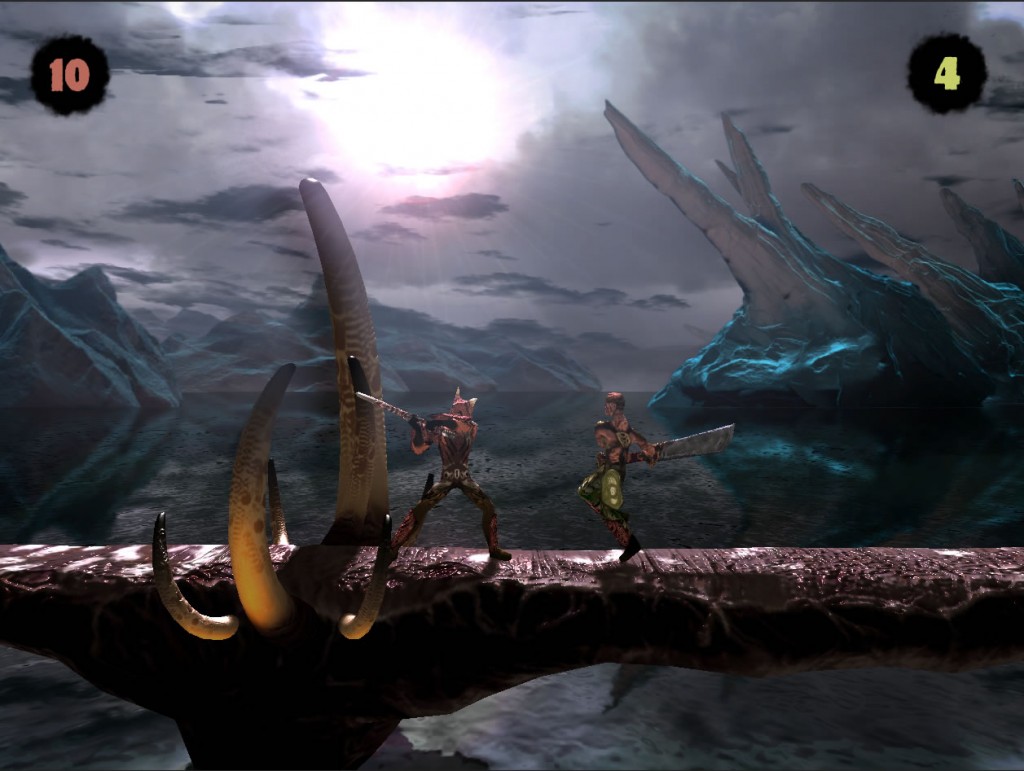 Here’s White Whale‘s George Royer to explain what SLAYERS mode is, and why you should be excited for it:

One night the ghost of Robert E. Howard, Football, and Bushido Blade all got really drunk and went home together. Nine months later, SLAYERS was born.

In the SLAYERS feature of God of Blades (PC and Mac versions), two players take on the roles of the enemies from the main campaign mode, to duel one another on a desolate bridge for the favor of their blasphemous gods. The match begins with each player selecting their champion. In addition to the champion, each player begins with a bank of 25 foot-soldiers, and every time one of these soldiers is cut down, another rushes to join the fray.

Matches of SLAYERS are fast, brutal, and gorgeous.

As a reminder, this meeting of the JUEGOS RANCHEROS will take place Sunday, July 1st, promptly at 4PM at The Highball, 1142 S Lamar Blvd, Austin, TX 78704 — hope to see you there!