Since May of 2011, JUEGOS RANCHEROS has been putting on some pretty ok events here in Austin: games inside planetariums at the ND, intense JS Joust battles at The Highball (when The Highball still existed), the Nation of Indies workshop, curation and volunteering for Fantastic Arcade, school presentations, bringing TEXATRONS both to SXSW & a permanent home at Guzu Gallery, and more. 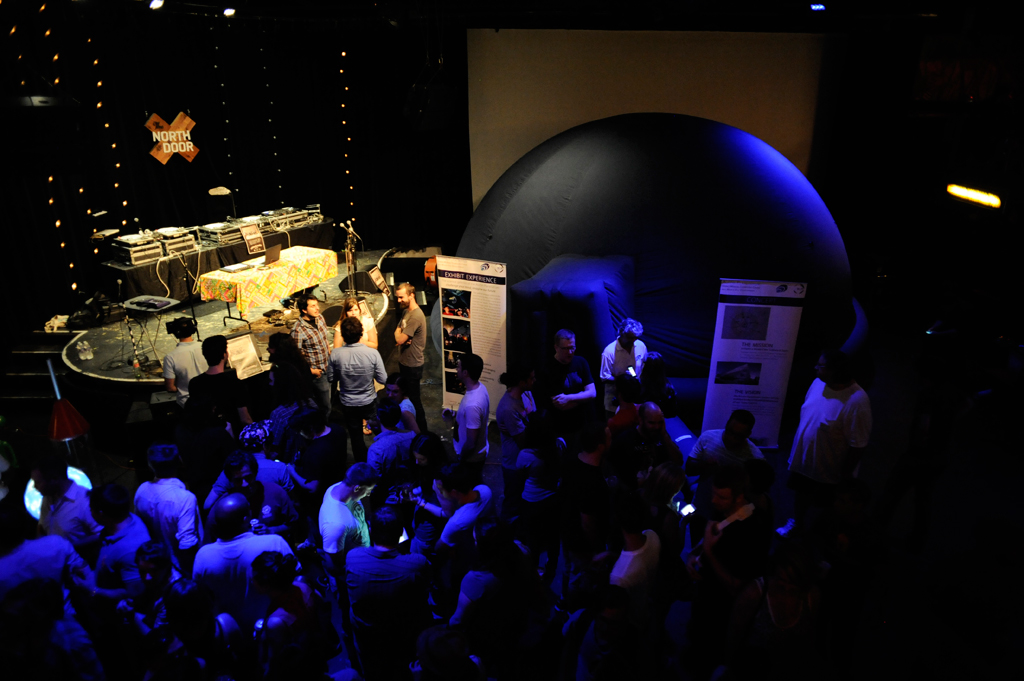 It’s been challenging, sure, but it’s also been our complete pleasure to help bring the most amazing and inspiring new independent games to the public every month for absolutely free. And it almost goes without saying that we couldn’t do it without our volunteers or our awesome venue partners, like the Alamo Drafthouse, the North Door, and SXSW Gaming.

Over the course of the last couple years though, some rough patterns have emerged. The main thing we’ve noticed is that our preparation process and display equipment leave a lot to be desired. We are really happy with how our events have all come together, but that’s only been possible through a lot of last-minute panic and mountains of emails every month as we collect whatever laptops and desktops and monitors we can get our hands on the week before. It’s gotten to the point where having some dedicated equipment, especially some laptops and game controllers, would actually make a huge difference, in the quality of our monthly events especially. 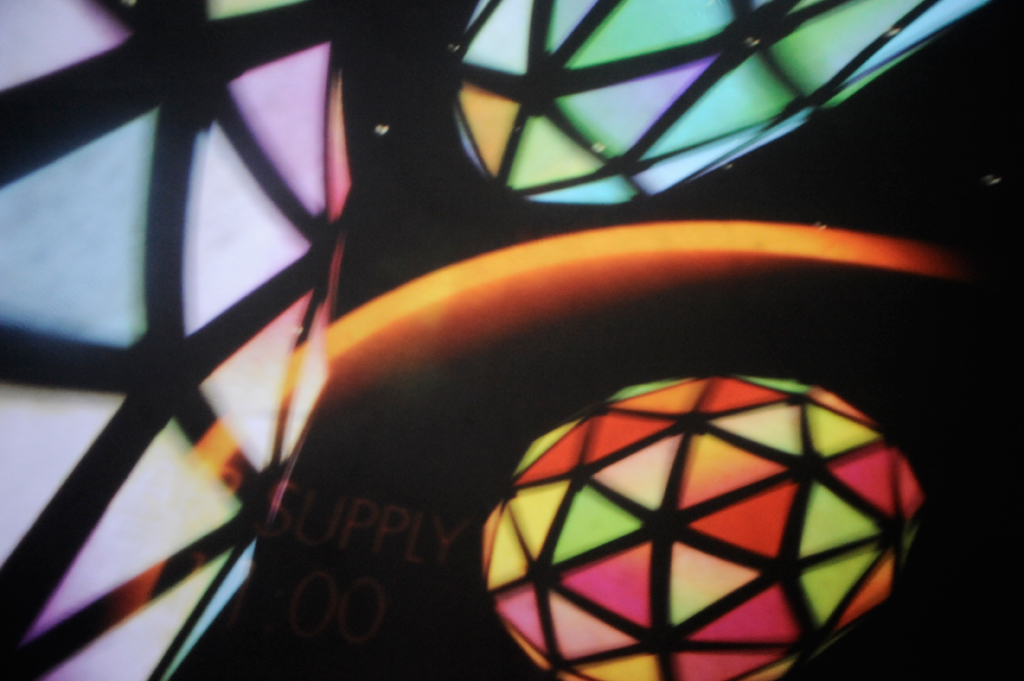 However, buying a handful of laptops out of pocket is a bit rough. Becoming a full nonprofit organization would allow us to accept donations more easily, but there’s a ton of overhead involved. This is why we are so happy to announce that JUEGOS RANCHEROS is now an Austin Creative Alliance sponsored organization. In a nutshell, this means that we can now accept both cash and in-kind donations, via ACA, with negligible extra overhead for us as a group.

By accepting donations of equipment we can streamline the preparation and execution of our monthly events, which in turn gives us the flexibility to put on even more and better free events throughout the year. Even cash donations can be a huge help: we can purchase new equipment ourselves, or put the funds toward covering venue rental fees for our longer workshops. Our ACA sponsorship will make it easier to work with local school and art venues without losing or overcomplicating that special JUEGOS RANCHEROS sauce. We’ll be updating again soon with more specifics about how you or your organization can help us with technology needs, but in the meantime, you can make a tax-deductible cash donation via the Austin Creative Alliance site (be sure to select JUEGOS RANCHEROS in the “to which organization” dropdown!), and you can email us at juegosrancheros@gmail.com to talk more about other donations!

So, with this news, what does JR look like going forward? Basically the same, only better, and more of it, with a bit less stress for us organizers. More workshops, more fostering of Austin’s independent and artful games culture, more TEXATRONs, and more FREE monthly events. With your help, and the support of the Austin Creative Alliance, JR’s third year is looking like the best ever.

Hey everyone! JUEGOS co-founder Adam Saltsman here. It is with a potent mixture of relief and regret that we post this reminder that we are SKIPPING the regularly scheduled JUEGOS RANCHEROS meetup ND during October.

We are all taking a much-needed break after this year’s uber-successful Fantastic Arcade event (seen above), and will be returning with a great JR meetup at the usual time and place at the ND, Thursday, November 7th. We’ll post more details about that in a few weeks!

In the meantime, we are also working on a bunch of administrative and organizational tasks within JR itself that will enable us to do more and better events going forward, and we’ll be posting a bunch of information about that very soon too.

That’s all for now! Have a great October. We’ll have some cool good news and new plans to share very soon!

The TEXATRON Initiative is making good progress.  TEX-001 is still in James’ kitchen, as previously pictured, but some awesome new volunteers have stepped in to help keep things moving forward.  First, Leah Smith from the Texas Film Commision has bravely volunteered to take over the organization of the project.  Second, Joshua Fields from the Alamo Drafthouse is lending us his expertise in figuring out what to do next and how to do it.  Between the two of them, we have a task list and set of measurements for the cabinet, and are nearly ready to gut it and rebuild it from the glorious ground up!

HOWEVER… we’ve reached a crossroads.  Bob Sabiston of Flat Black Films donated an awesome 21″ CRT monitor that is perfect for an arcade cabinet… but it’s really ideal for a dark location, where we can show off that glow.  The current plan for TEX-001 is to install it at the radical Domy Books, which is much more of a daylight place.  Which means that TEX-001 would really benefit from having a larger LCD monitor, and we can save that luminous CRT for TEX-002 and beyond.

So, we come to you with a plea… with a vision quest.  Do you or anyone you know have a 24″ (or even better, 27″!) LCD computer monitor that they would be willing to donate to the TEXATRON Initiative?

As always, let us know by contacting as at texatron@gmail.com! Thank you! 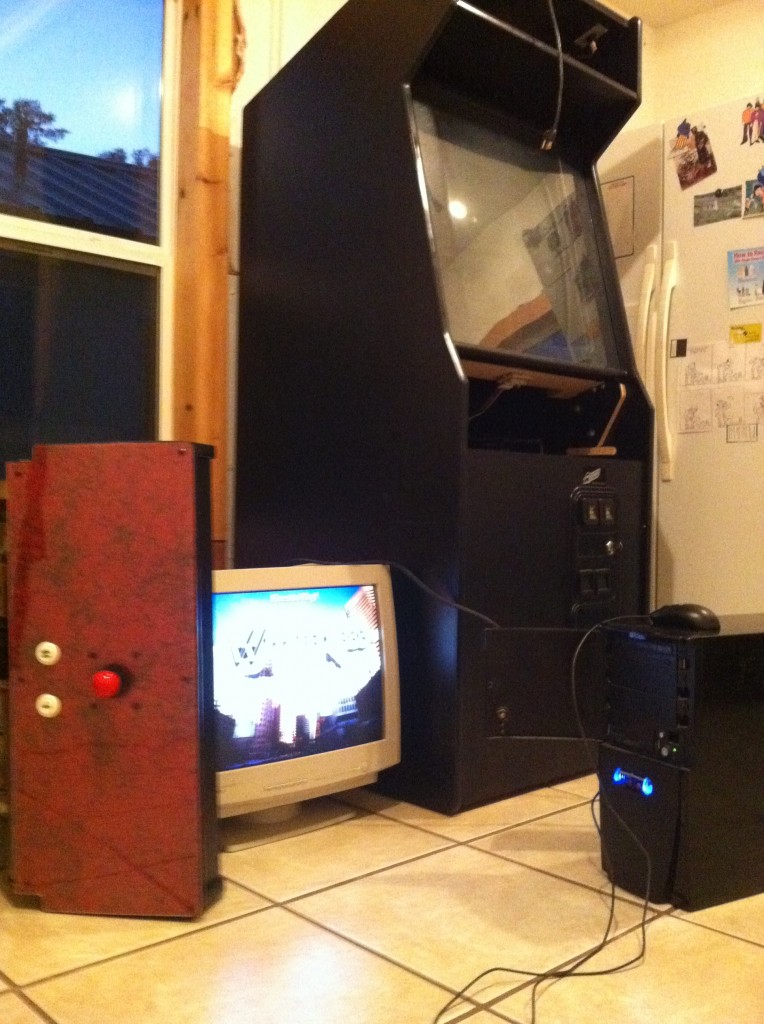 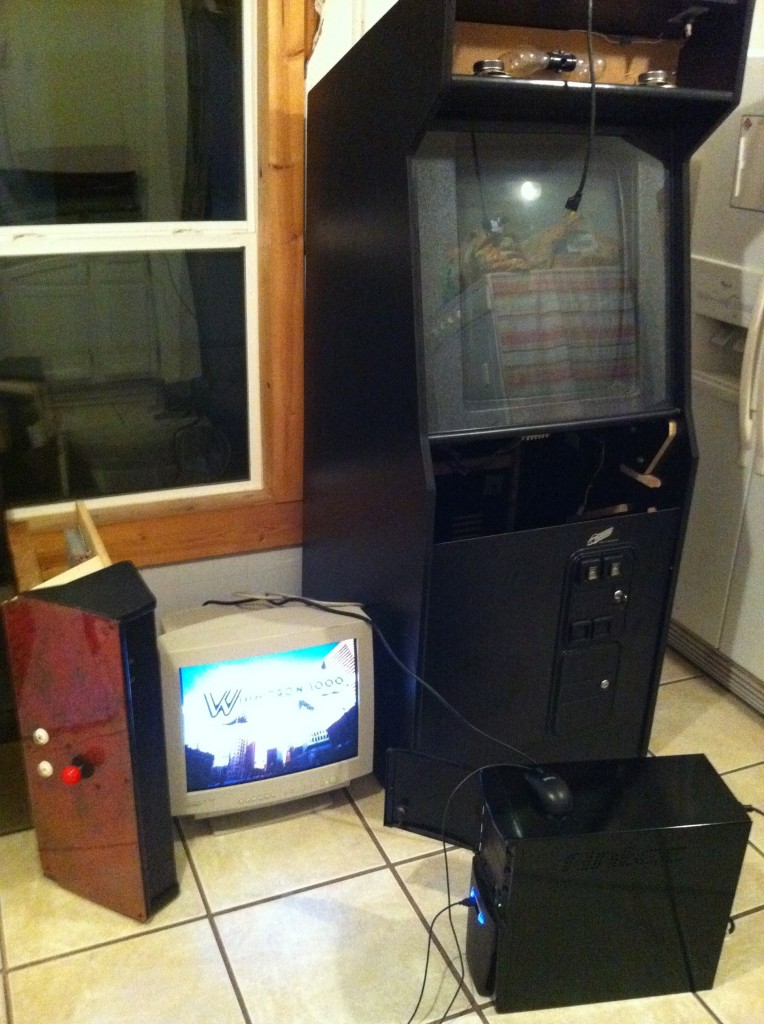 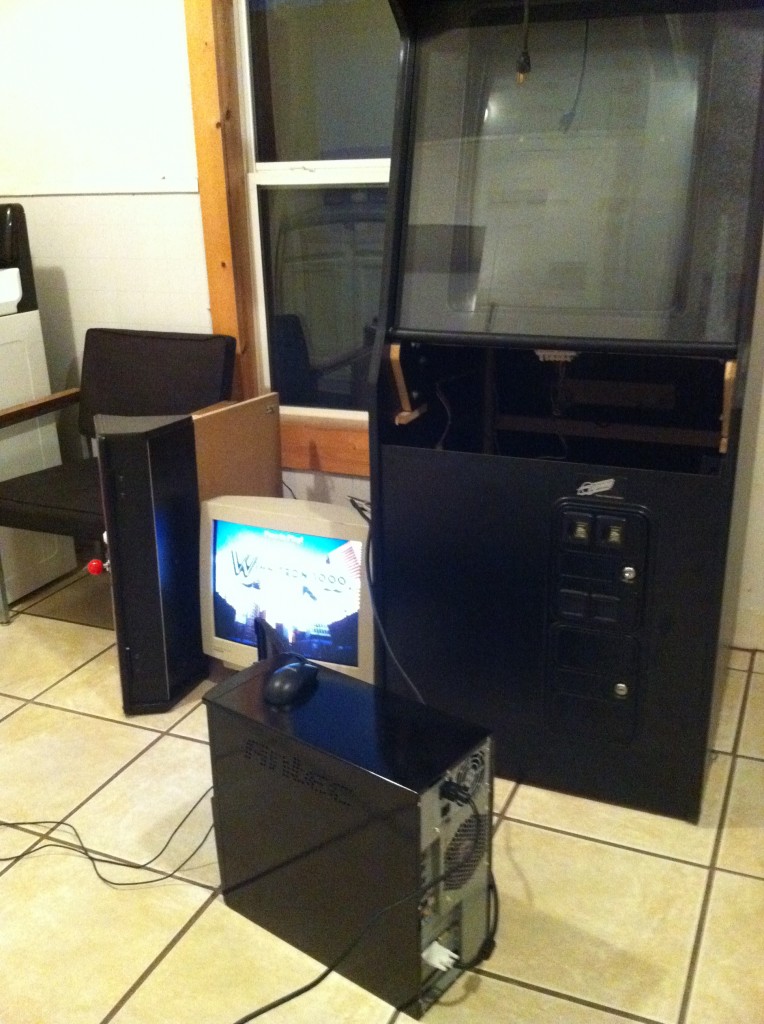 On Tuesday, Juegos attendees Paul Harrison and Will Marsden picked me up in a decadent white minivan, whereupon we drove up to north Austin to the secret headquarters of Nintendo satellite developer Retro Studios (Metroid Prime, Donkey Kong Country Returns).  Retro employee Matt Manchester met us out back by the loading dock, where we surreptitiously loaded a very-good-condition Pac Man refurb cabinet into the aforementioned van and hauled it back to my garage in south Austin.  The cabinet was tagged with a piece of printer paper, stating “out of order – research repair cost.”

My firm belief is that after researching said repair cost, it was deemed thoroughly not worth it.  And thus, like dumpster diving nerds, Juegos Rancheros collected the first artifact (of many) required to assemble the legendary TEXATRON. 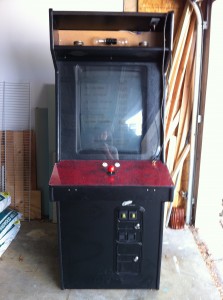 Check out that phosphor burn-in! Don't worry, refurb Pac Man cabinet. We will restore you to a former glory never imagined!

Now, it is my profound pleasure to announce that the TEXATRON Initiative: Phase Two is officially underway!