What better way to celebrate the super-successful funding of a Kickstarter campaign than with a party? For a special seventh edition of JUEGOS RANCHEROS at the Highball, this Saturday, December 10th, from 4PM-8PM, join us as we bring together the games, music, art & people behind the upcoming launch of videogame culture site VENUS PATROL, with a live performance from Disasterpeace, the composer behind Polytron’s highly anticipated indie game FEZ.

Be sure to arrive before 7PM, when Disasterpeace will kick off his performance, including special arrangements of his songs for FEZ. As you can hear below, his compositions are already promising to be one of the best soundtracks to come from indie games, and, as above, they’re a special treat experienced live.

From 5PM, we’ll also harken back to an earlier edition of JUEGOS RANCHEROS with the re-appearance of the latest version of JOHANN SEBASTIAN JOUST, Die Gute Fabrik’s fascinating & dramatic slow-motion dueling game we debuted in June, now enhanced with a number of new bonus features that we’ll be revealing to the people of Austin for the first time.

Attendees will also be among the first people in the world to play the games being created exclusively for VENUS PATROL’s Kickstarter campaign, including GUN GODZ, a “polytheistic, hiphop action first-person shooter” from Dutch indies Vlambeer (SUPER CRATE BOX, RADICAL FISHING), CAPSULE, a unique deep space adventure from Adam Saltsman (CANABALT, Flixel), and an early look at a new game from SWORD & SWORCERY EP creator Superbrothers. 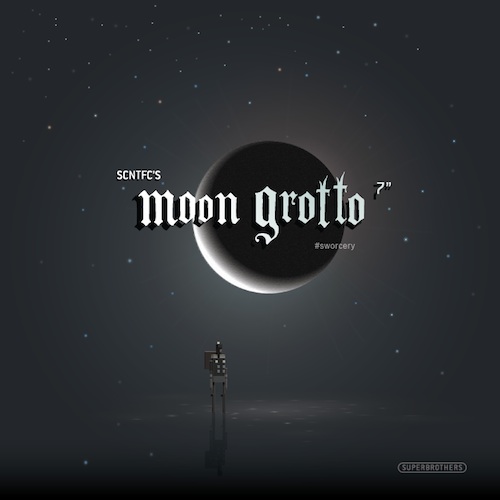 We’ll also give Highball attendees the first chance to hear the songs from the Moon Grotto 7″ — a collection of original & remixed songs from Superbrothers’ SWORD & SWORCERY EP by composer & remix artist SCNTFC — and will have with us a few handfuls of 1″ buttons, VENUS PATROL T-shirts from designer Mikko Walamies (freshly printed by Austin’s Bearded Lady) and other fun stuff.

Basically, it’ll be four hours of low-key but high-awesome hanging out with drinks, games, music and friends and we super hope to see you there.

Everything will be kicking off Saturday, December 10th, at 4PM at The Highball, 1142 S Lamar Blvd, Austin, TX 78704! Come hang out, enjoy the Highball’s Happy Hour drink specials, and say hello to the people changing the way you think about games!