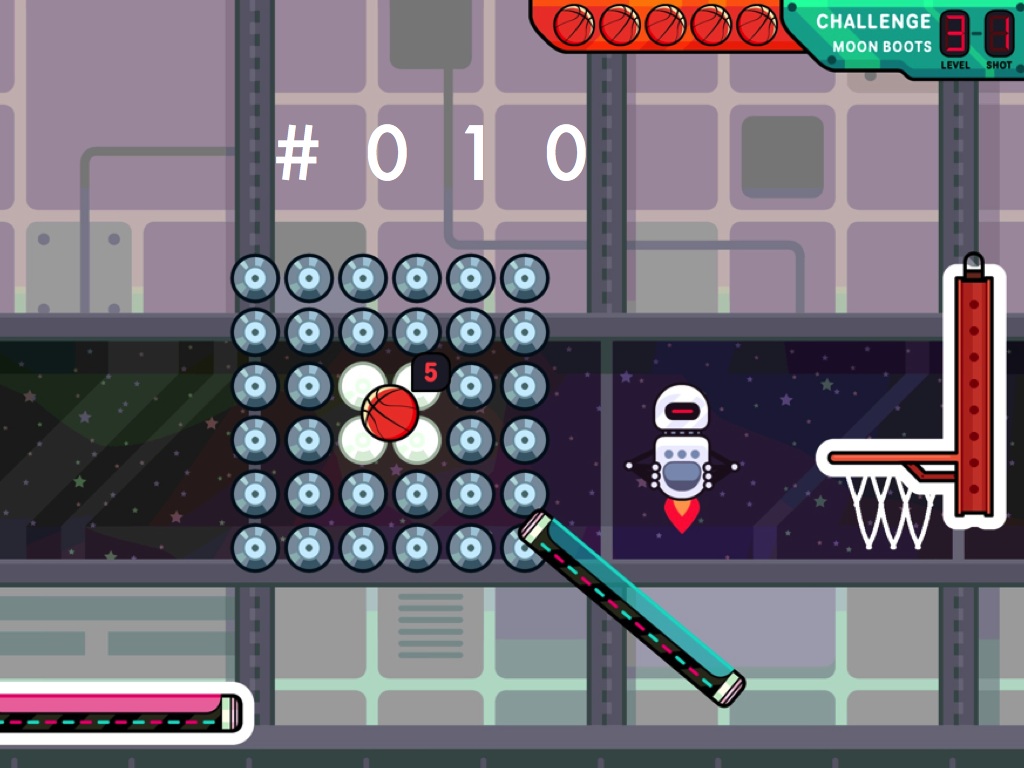 “…just a tiny bit like retro PC classic THE INCREDIBLE MACHINE, your goal is to bounce a basketball off these objects and get in the hoop. Its best mode is an asynchronous online HORSE-type challenge, which, in essence, is a thrilling match of competitive level design.” 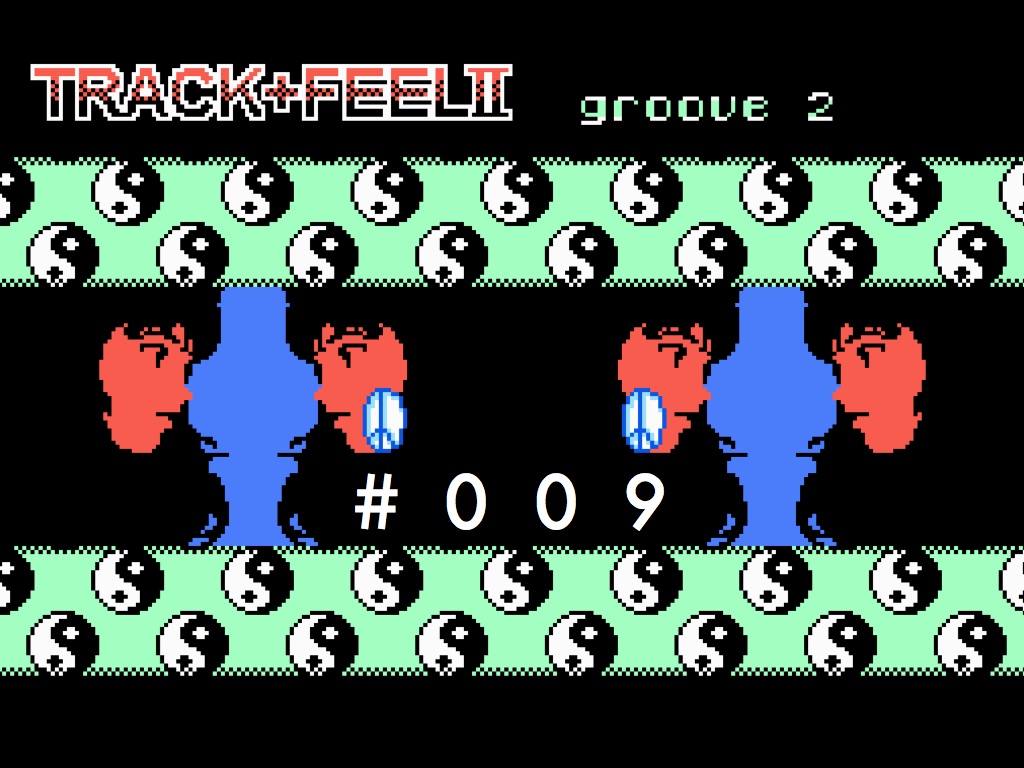 “As demonstrated at an earlier meeting of JUEGOS RANCHEROS, this is TRACK & FEEL II, by our own Rachel, who you might better know as Party Time! Hexcellent. She’s officially released the game as a free download, but be warned that it requires an old 8-bit Nintendo and a Powerpad. Should you have both, you can install this multiplayer art & sound piece in your very own home.” 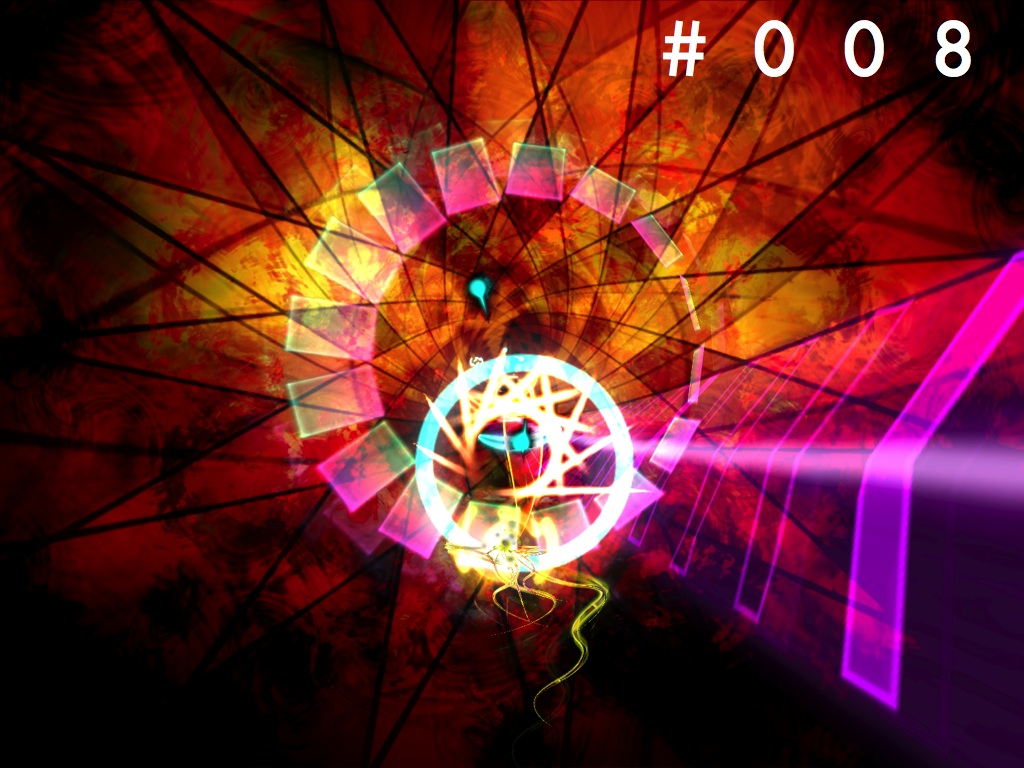 “…essentially a racing puzzle game, with the side benefit of being one of the most amazing audio/visual treats you’ll ever get, should you ever be able to get good enough at the game. On top of that, it’s got one of our favorite game soundtracks ever, from David Kanaga, the same musician behind PROTEUS.” 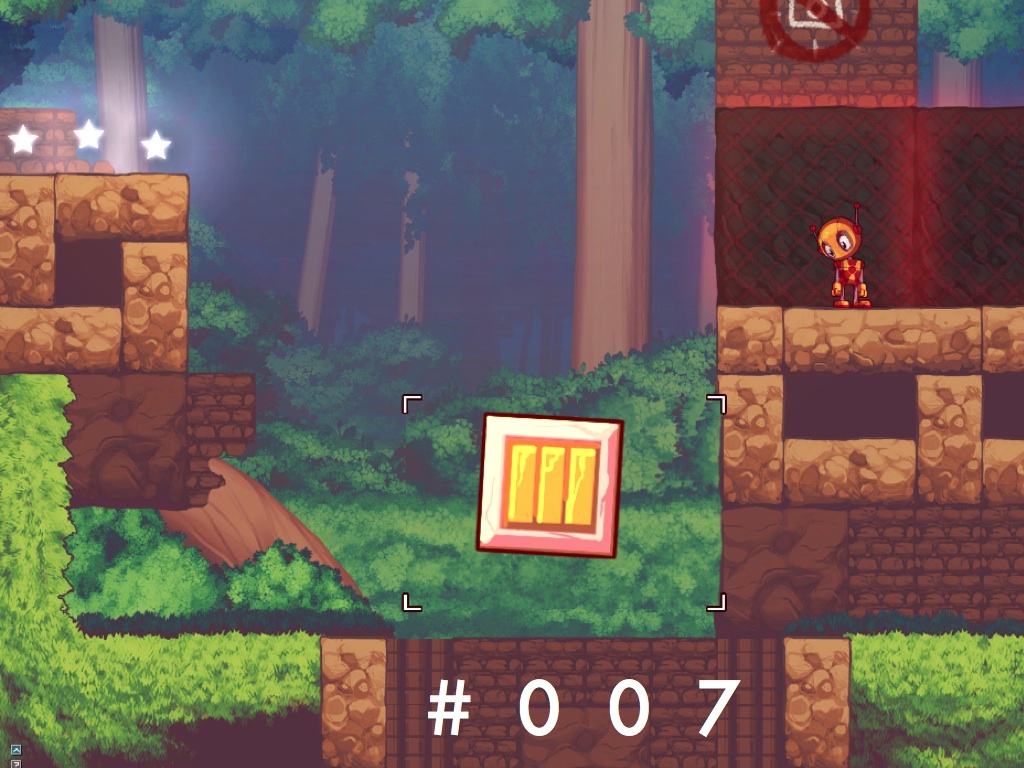 “…a puzzle-platformer type game where, in addition to directly controlling this little robot, you’re simultaneously able to take photos of objects in the world, and place those photos back elsewhere to alter the placement and layout of each level. Very pretty and well worth looking at.” 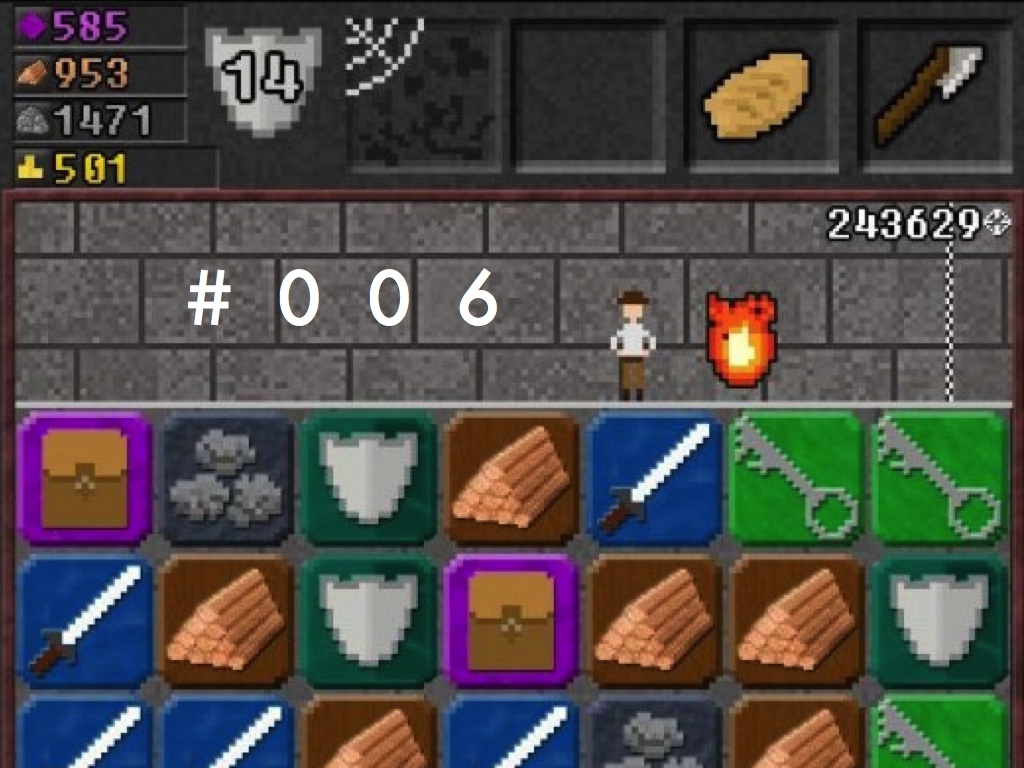 “…a simple but quite compulsive little iPhone and iPad match-3 game that takes place in a dungeon — matching swords defeats enemies like this fire-monster, keys unlock treasure chest & doors. The goal is to amass 10 million experience points through repeat dungeon runs, at which point you’ll be freed from the dungeon prison.” 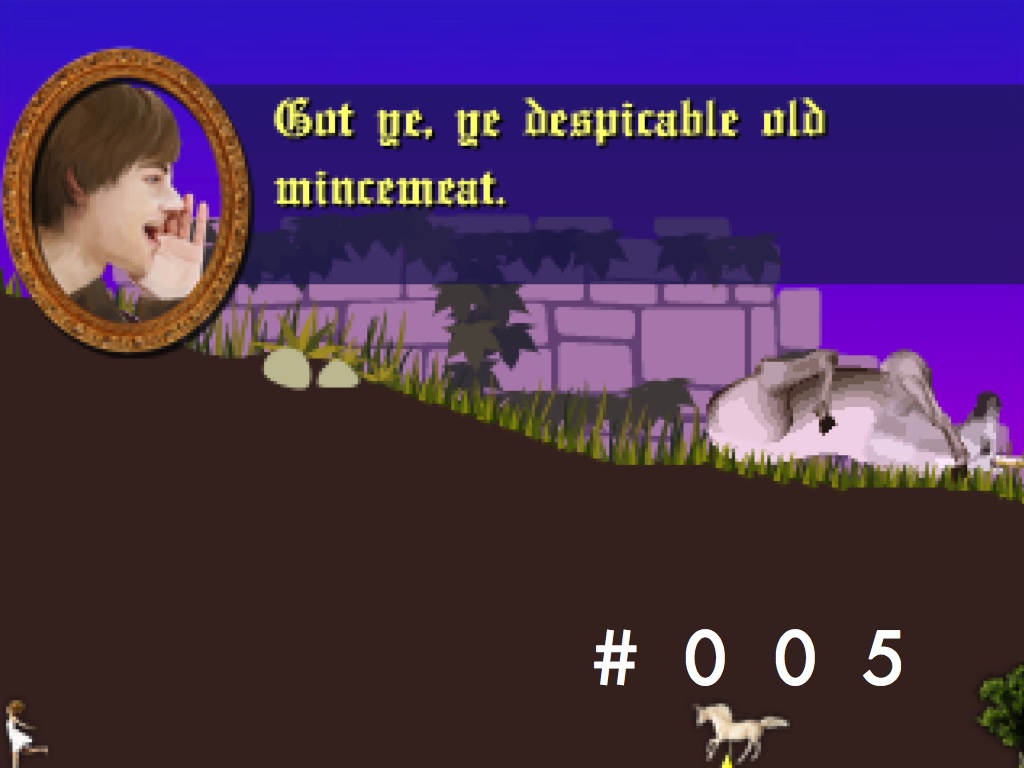 “Just like QWOP, which made you run an olympic race by directly controlling your racer’s leg muscles, this does the same times two, with four keys on your keyboard mapped directly to this unicorn’s legs, as you race across this hilly landscape. Like all of Foddy’s games, this is super brutal and super hilarious.” 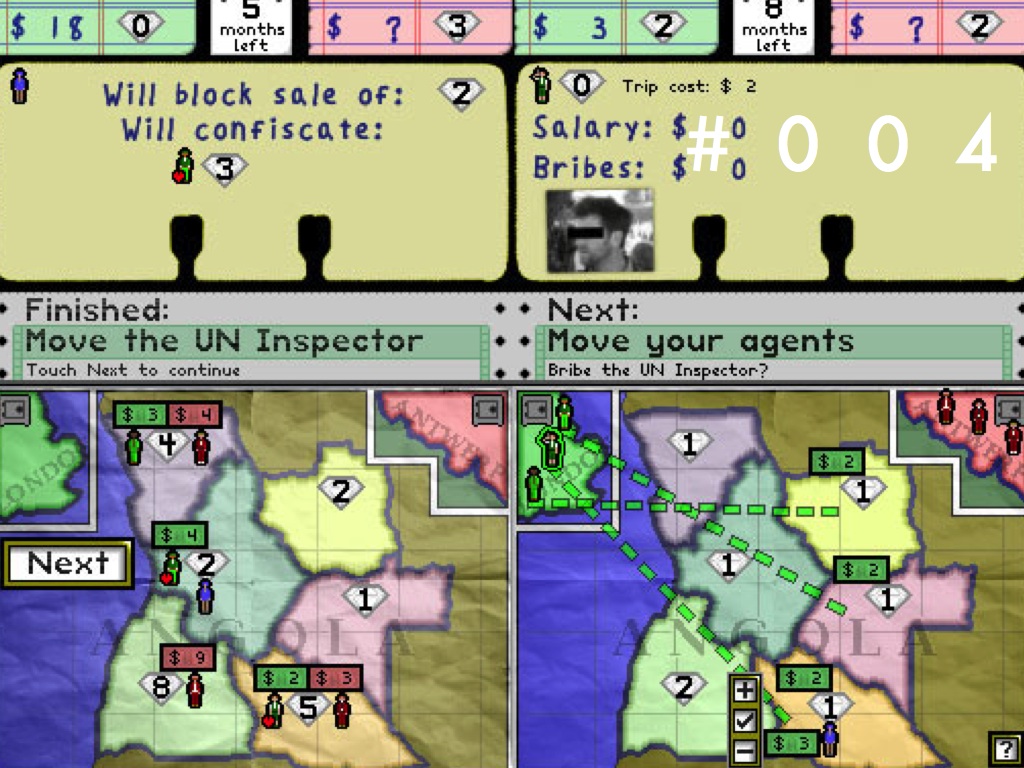 “…a multiplayer only table-top-ish game where you and your opponent are trying to smuggle blood diamonds out of Africa, by bribing each others agents & keeping a UN agent at bay. It’s super smart and fun, and is nicely timed with the stateside release of the documentary THE AMBASSADOR, which you should also definitely see if you haven’t already.” 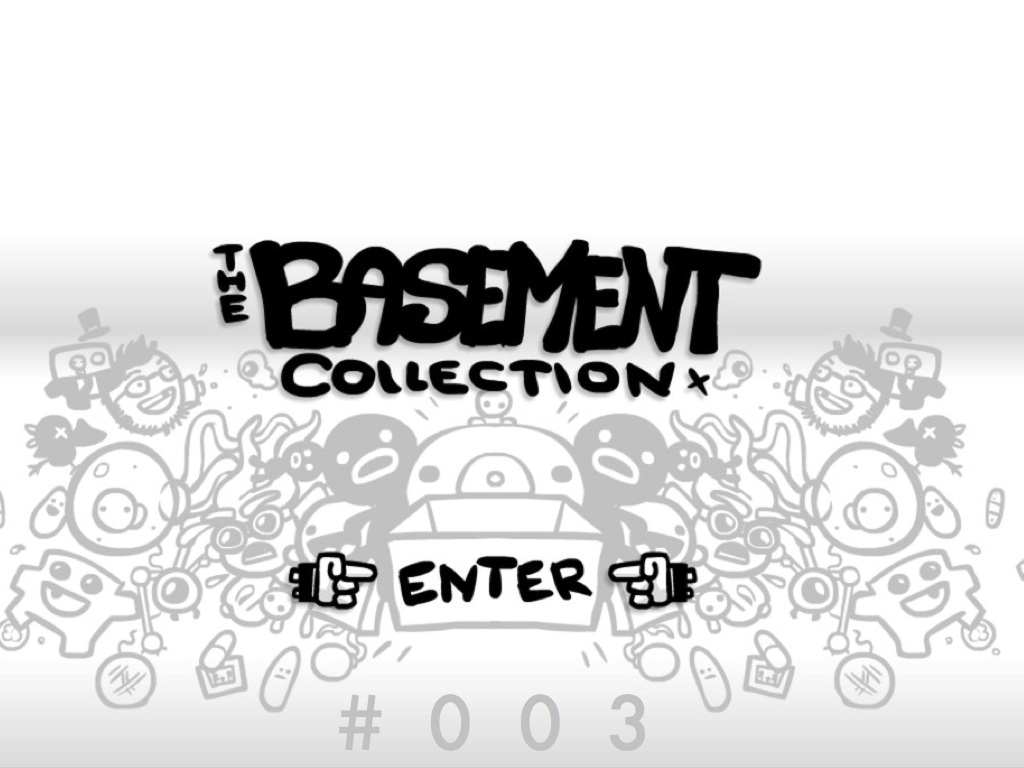 “…a collection of all the early games of Edmund McMillen & his friends, prior to Edmund becoming more well known for his work on SUPER MEAT BOY & in Indie Game: The Movie. While you can already find most of these games online, each one here has been enhanced with a bunch of extras. If nothing else, get this for the updated version of TIME FCUK, which I still maintain is the best of Edmund’s games.” 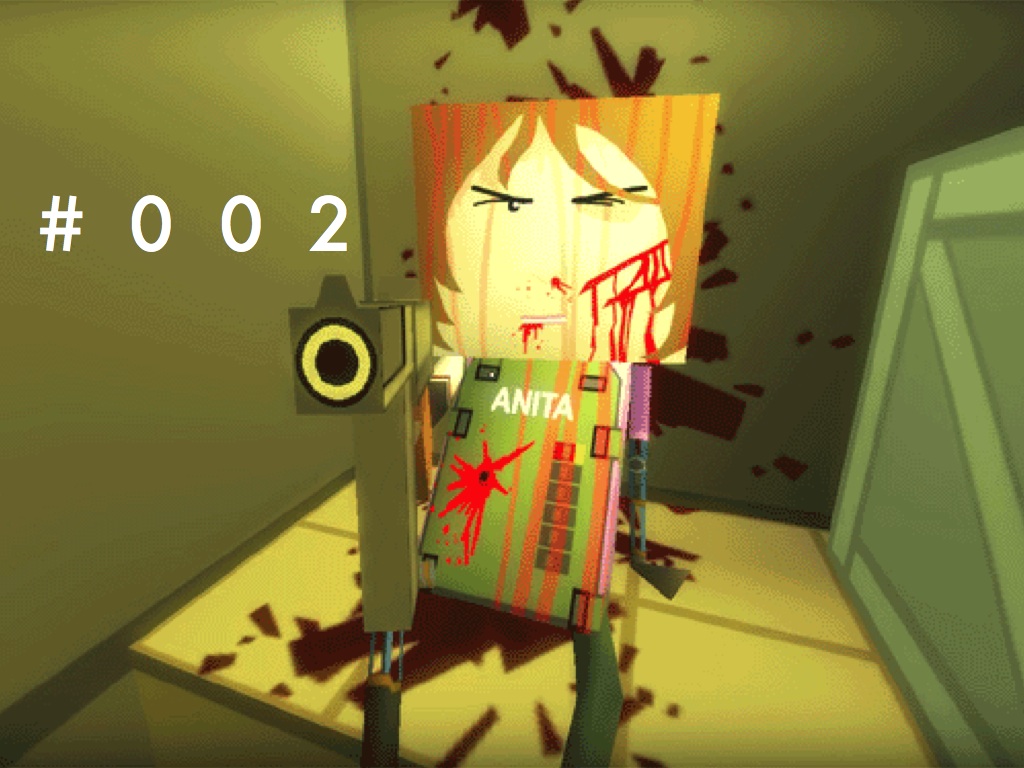 “…a sequel to a brilliant freeware game called GRAVITY BONE, which is actually included with this release. Both GRAVITY BONE and THIRTY FLIGHTS are unbelievably smart & cinematic little espionage stories, neither of which play much like anything you’ve seen before… This is one of my top recommendations for the whole year. 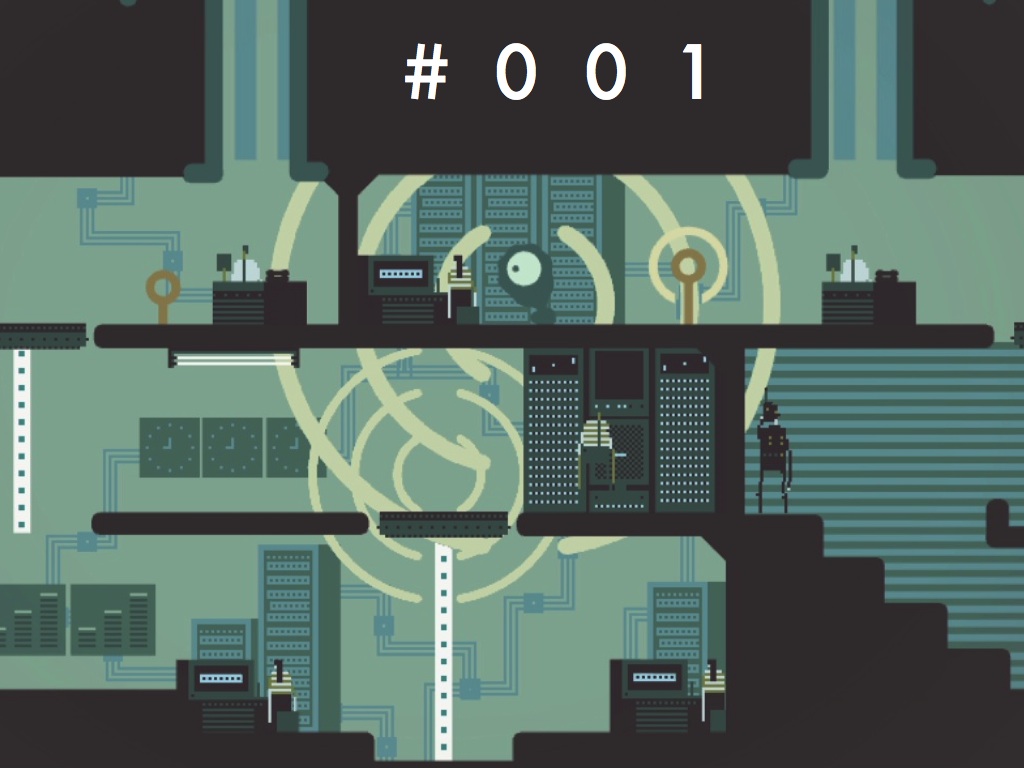 “…somewhere smack in the middle of a simple platforming game and a music creation kit, where every action & collectible works to create a song as you explore. With sound and visual collaborations by Beck and Jim Guthrie and Superbrothers, if you’ve got a PS3 or a Vita, this is an absolutely essential download & a super wonderful experience.”