What time is it? JUEGOS RANCHEROS TIME. This Sunday, July 3rd, at 4PM, we’ll be kicking off the third edition of JUEGOS RANCHEROS at The Highball, in partnership with Fantastic Arcade! In a super special guest-star edition, this time around, we’ll be live-chatting with none other than Pendleton Ward, creator of Cartoon Network’s super amazing original series ADVENTURE TIME, and representatives from Toronto indies Superbrothers and Capy, creators of the brilliant hit iOS adventure game SWORD & SWORCERY EP, all at THE SAME TIME.

If you follow the intersection between games, art & animation, there’s very little chance you haven’t already been acquainted with Adventure Time, but if you haven’t, all it takes is basically one sitting to realize that the show was created and written by a lifelong and super enthusiastic videogame lovers. Magic +1 rings, perilous labyrinths & miniboss battles and a full-on episode where stars Finn & Jake are pulled directly into a videogame on their BMO console (artwork by that episode’s animator, Ke Jiang, below!), the series is drenched in the culture we’ve collectively grown up in. 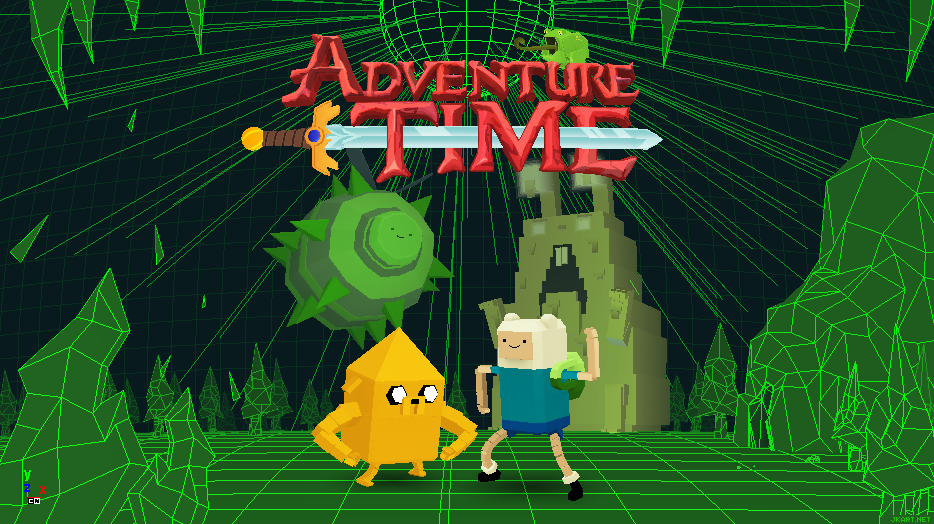 In a special three-way live-chat, creator Ward will be joined by the team behind recent iPhone & iPad cult success SWORD & SWORCERY EP — the adventure game from Toronto tri-force Superbrothers, Capy and musician Jim Guthrie — and linked up to us back here at the Highball for a talk on how the art, animation and videogame worlds inspire and feed off each other, now more than ever.

JUEGOS RANCHEROS’s own Adam Saltsman, local hero & creator of CANABALT and the Flixel game creation library, will be hosting the live chat, and all Austin attendees will have a chance to pick the brains of both Ward and the SWORCERY team.

Everything will be kicking off Sunday, July 3rd, promptly at 4PM at The Highball, 1142 S Lamar Blvd, Austin, TX 78704! Come hang out, enjoy the Highball’s Happy Hour drink specials, and say hello to the people changing the way you think about games (and cartoons)!