What do you get when you mix one part METROID, one part 1970’s-era sci-fi film, and one part… gardening?! Find out this Sunday, September 4th, at 4PM, at our fifth edition of JUEGOS RANCHEROS at the Highball, as Austin-local indie studio Tiger Style give us the first in-progress look at their much-anticipated new game, LOST MARS.

It’s been just over two years since the release of SPIDER: THE SECRET OF BRYCE MANOR, Tiger Style’s multiple award-winning debut iPhone adventure. At the time, they were a fresh-faced upstart with pedigree that included some of gaming’s most revered franchises like THIEF and SPLINTER CELL, and even did time on Steven Spielberg’s ill-fated secret project “LMNO”.

That game provided an experience much richer and more deep than nearly anything available on the App Store at the time, and showed, early on, not only that the iPhone stood a strong chance of being a true contender in the gaming space, but that Tiger Style itself was a studio worth watching closely. 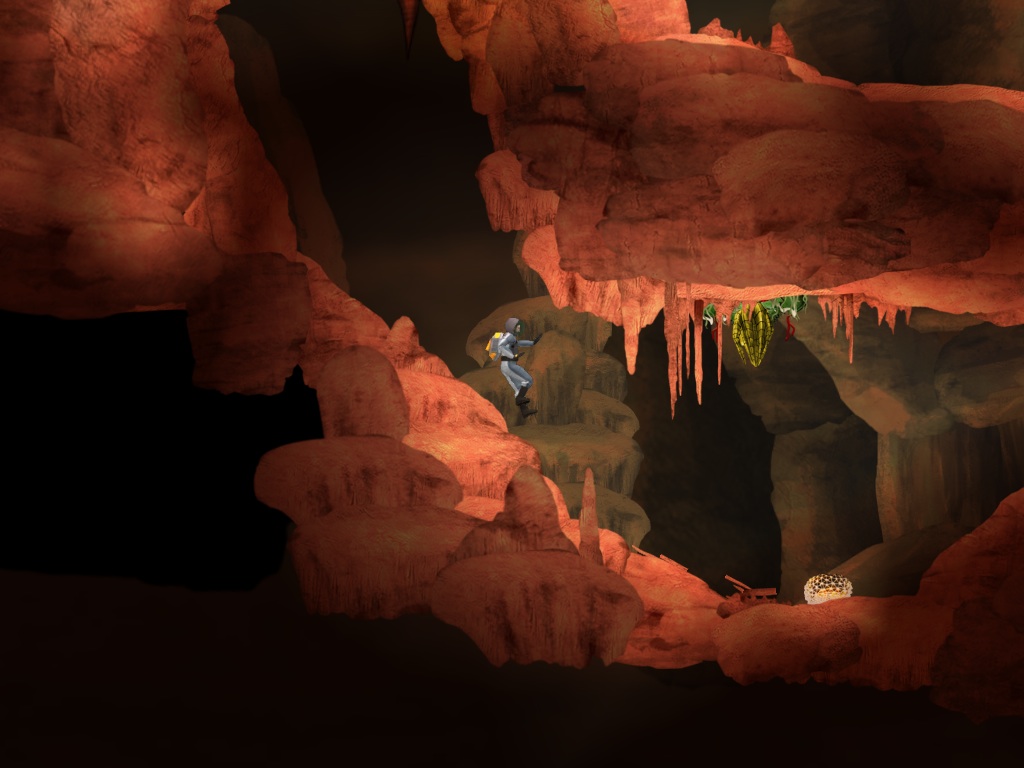 Tiger Style hasn’t let much slip over those years about what they’ve been cooking up, outside of bits and pieces scattered around designer Randy Smith’s regular column for UK games magazine Edge, but the studio promises a full presentation on the new game, which sees the player “trapped in exotic and dangerous caverns, researching, reviving and cultivating ancient life to uncover the lost mysteries of a forgotten planet.”

Following the presentation, attendees will be the first people anywhere to play the game for themselves and delve deeper into its uniquely atmospheric and moody take on sci-fi action-gardening (!). From what little I’ve been able to play, it’s shaping up to be every bit as smart and engaging as SPIDER was, if not more. You’re not going to want to miss this one!

[You can see a whole slew of first screenshots of LOST MARS over at Tiger Style’s new blog!]

Everything will be kicking off Sunday, September 4th, promptly at 4PM at The Highball, 1142 S Lamar Blvd, Austin, TX 78704! Come hang out, enjoy the Highball’s Happy Hour drink specials, and say hello to the people changing the way you think about games!