Returning once again to our regular Fistful of Indies series — with the latest selection of indie games both local and global worth paying attention to released over the prior month — this time we’ve put together a list with over six hundred games, presented at our fifth event.

Fully annotated for your pleasure, for the convenience of both event-goers and — hopefully — the wider world of indie game enthusiasts, here’s the list for September 2011: 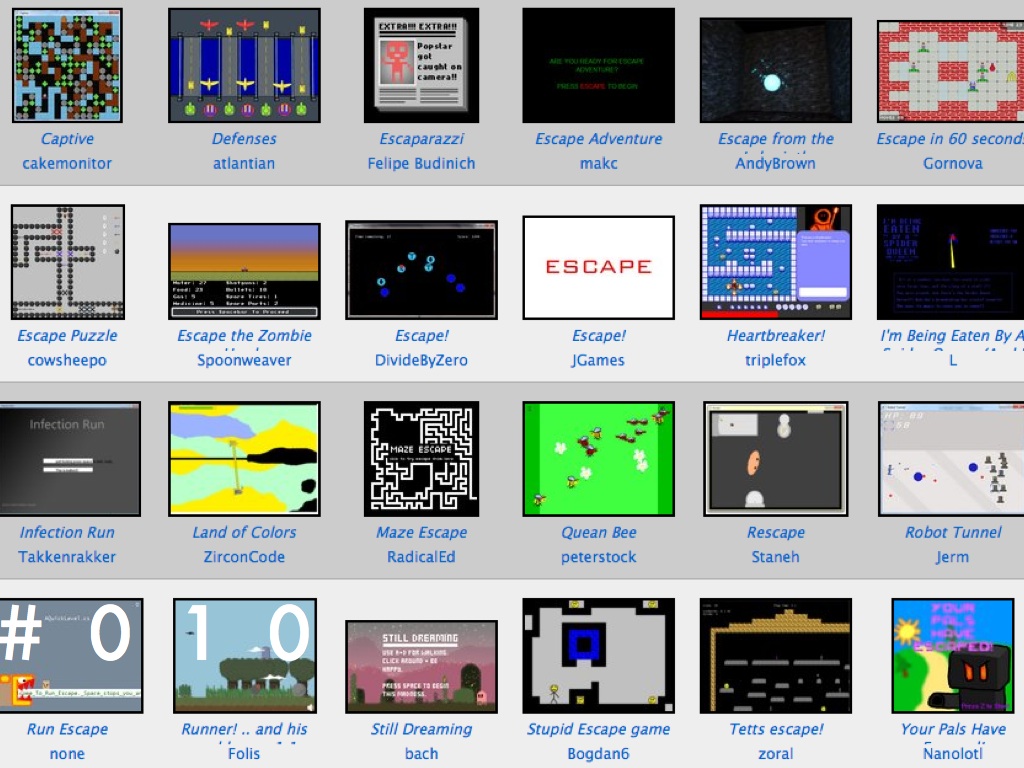 “This time we start with a big one: The FIVE HUNDRED AND NINETY-NINE games that entered this month’s Ludum Dare, a 48 hour worldwide game jam, which saw entries from developers like Notch, the creator of Minecraft, our own Adam — who’s still busy expanding on the game he entered, and Shaun Inman, a developer we’ll see again in a second. Austin’s own James Renovich has been cherry picking his favorites over here.” 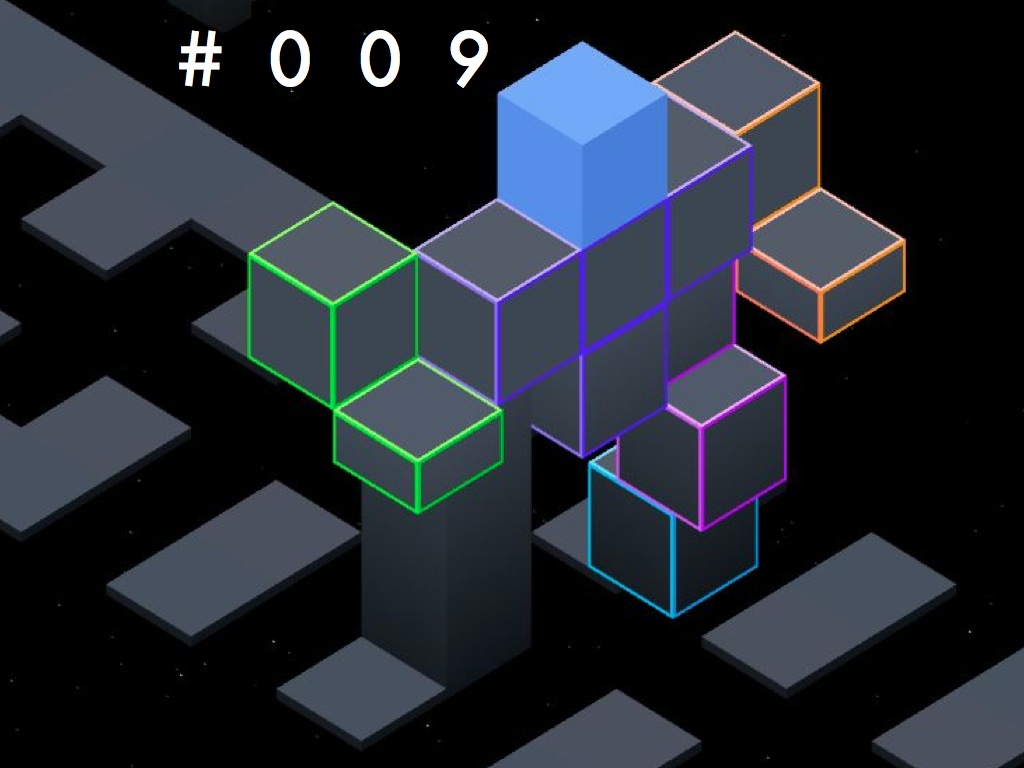 “… an iPhone and iPad expansion of their original game Edge, which itself has just landed on Steam and the Mac App Store, both of which are highly recommended downloads if you dig super minimalist and stylish platformers. This new one, especially, is doing a lot of really beautiful, clever stuff.” 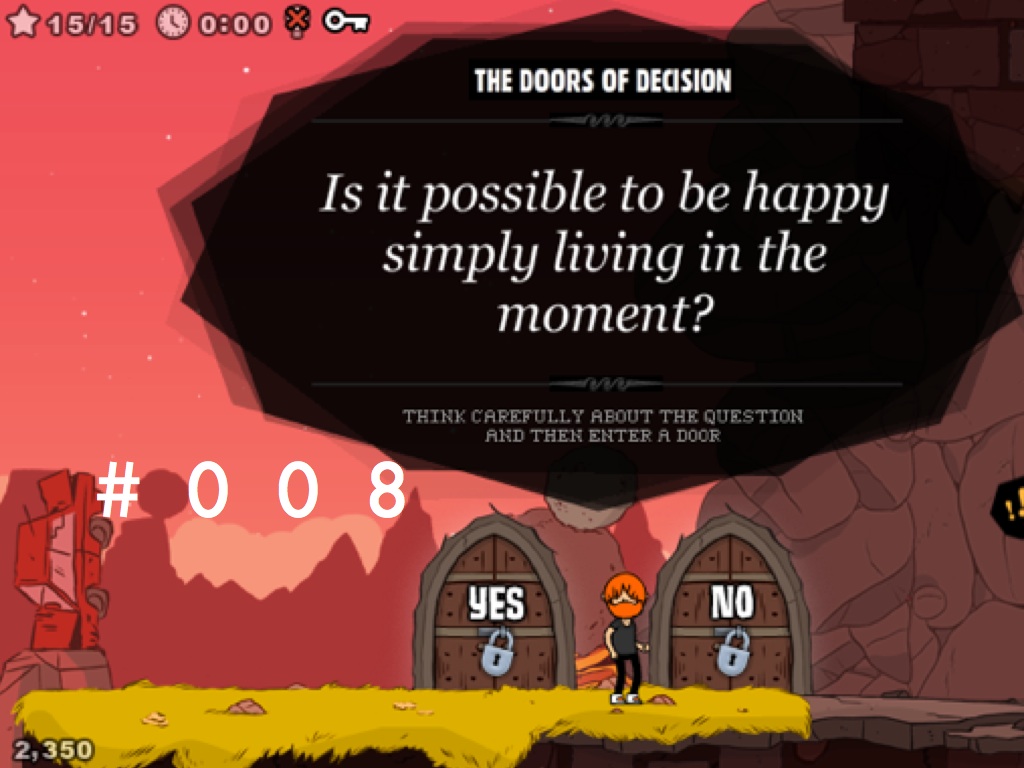 “…a clever platformer on its own, with an interesting shadow-walking mechanic & smart minigames, and gorgeous artwork by one of my favorite comic artists, Luke Pearson. Underneath that it’s a game meant to deal with honestly pretty heady existential themes, talking literally about life and death itself in a straightforward, rather than poetic or metaphorical way. ” 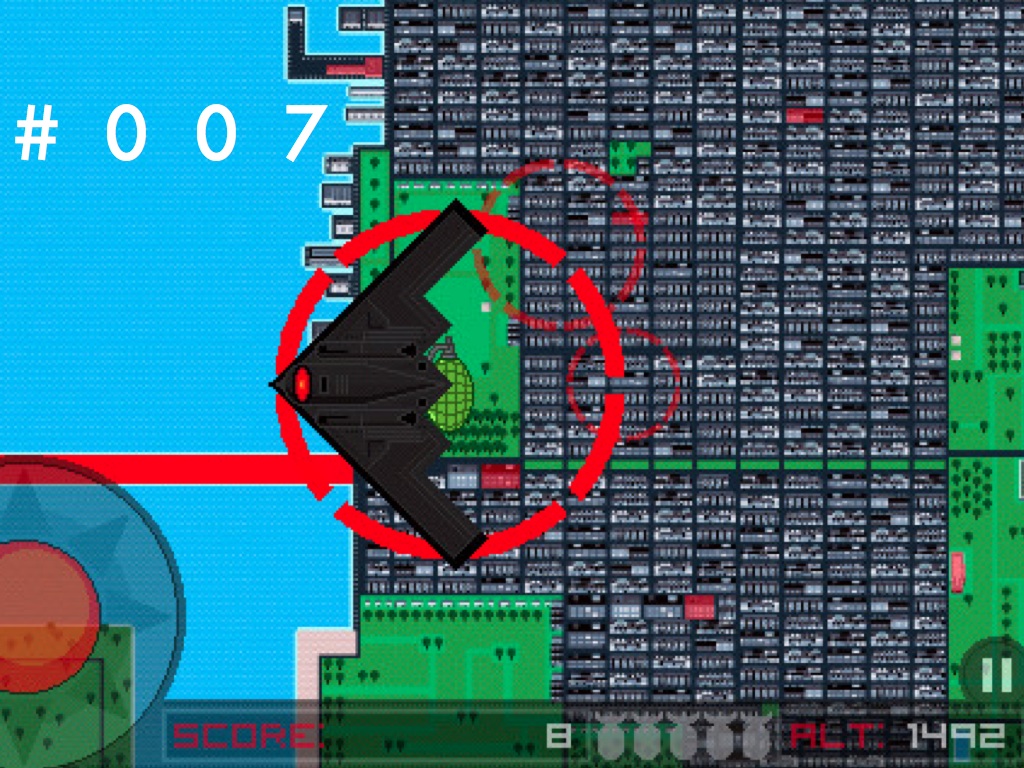 “…the first iPhone game from a guy called Max Bode — who recently left his job as art director for the New Yorker — the easiest way to describe this one is that it’s a destructive version of the skydiving section of Pilotwings, where you get dropped as a tiny grenade from this stealth bomber here and have to dodge defense systems and maneuver yourself through the rings to upgrade your explosive power. Especially for his first time out, it’s doing a lot of clever stuff that’s worth looking into.”

“…a game you might remember from a few meetups ago, this procedurally generated maze-shooter game for the iPhone has been re-released as a PC/Mac version of the game, and, best of all, Nyarlu is just giving it away for free, so you’ve got no excuses to go check this one out.” 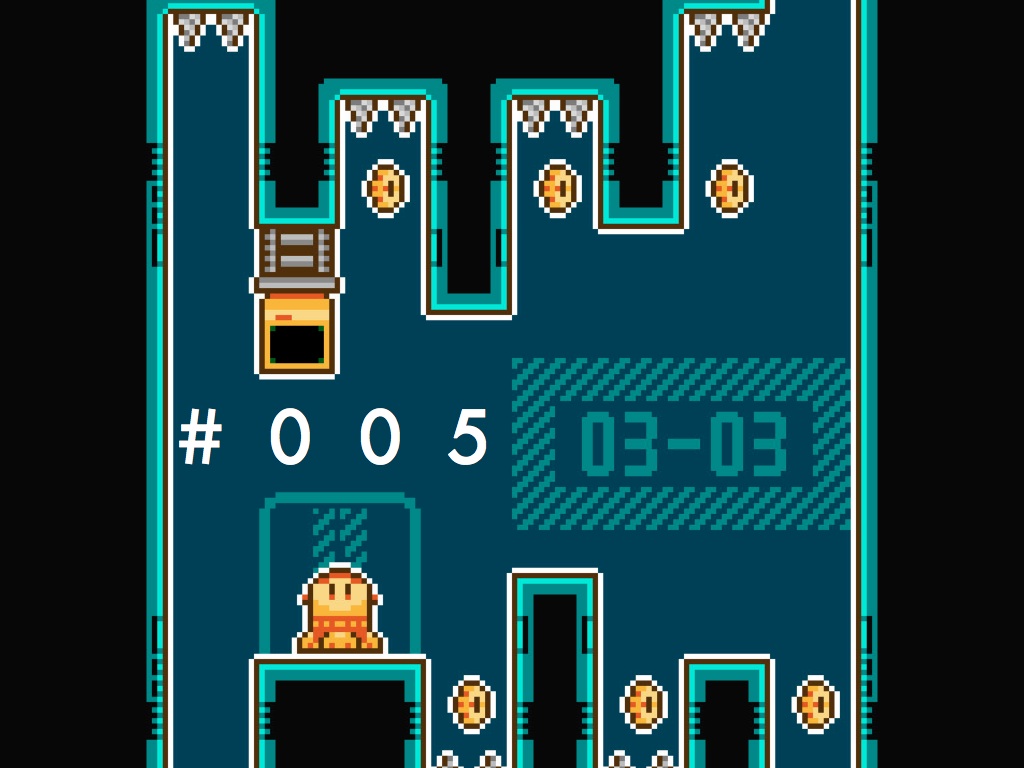 “…a super interesting puzzle game where you play the last rocket produced in munitions factory, who has to go from room to room trying to collect these gears here and make it to the exit. The hitch is that, you know, you’re a bomb, so you have to very carefully guide yourself to keep from slamming into a wall and exploding. There’s a lot of love and craft in this one — definitely look into it.” 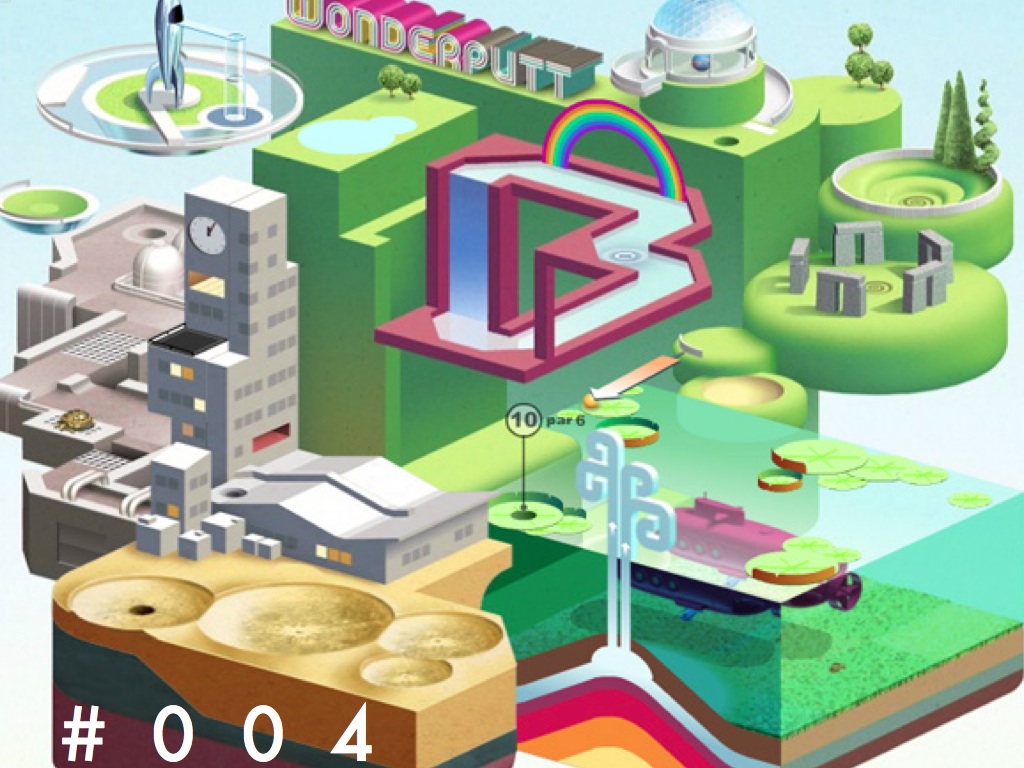 “From the developer of Icycle, where you played a naked guy on a bike trying to pedal your way through a frozen world, Wonderputt’s a sort of vaguely psychadelic Peter Max-ish minigolf game that takes place in this beautiful and impossible future-world, which is constantly reconfiguring itself for every successive new hole. This one’s probably going to become your new favorite golf game.” 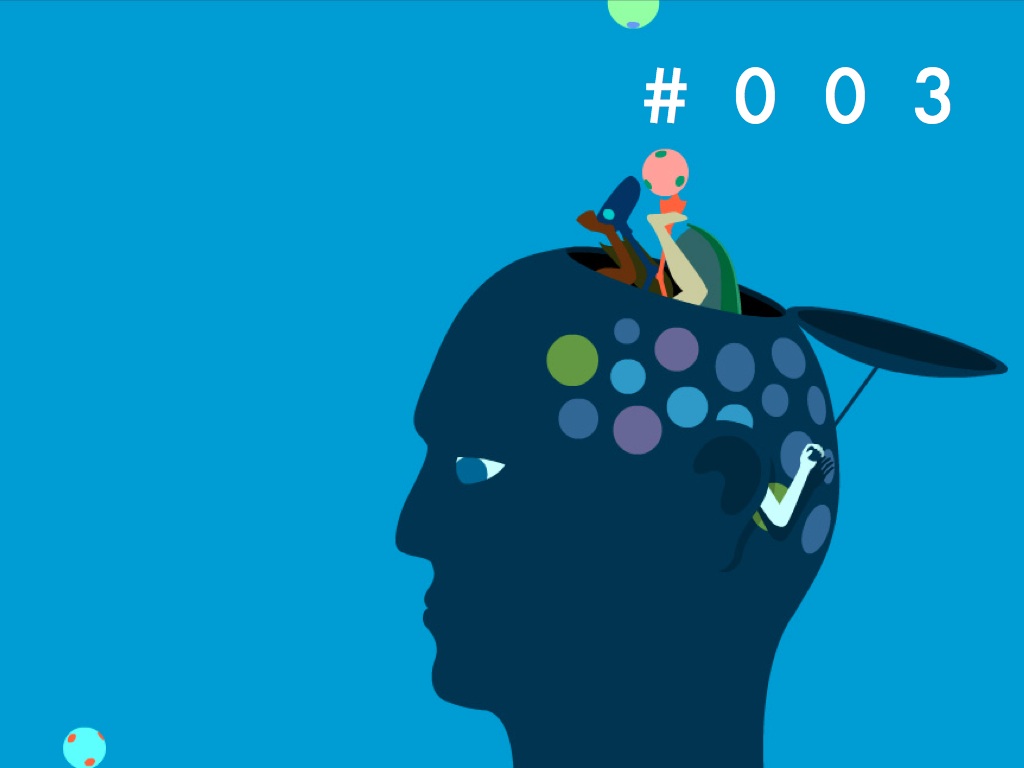 “…digging back in time back a bit to recommend this, because it seems a surprising number of you haven’t had the chance to experience this yet. I’m not going to delve too far into how this works, because the beautiful wonder of Vectorpark is in experimenting with his minimalist abstract world & letting it constantly surprise you. Every time I’ve brought this out in public recently, people have super flipped for it. It’s one of my top all-time recommendations.” 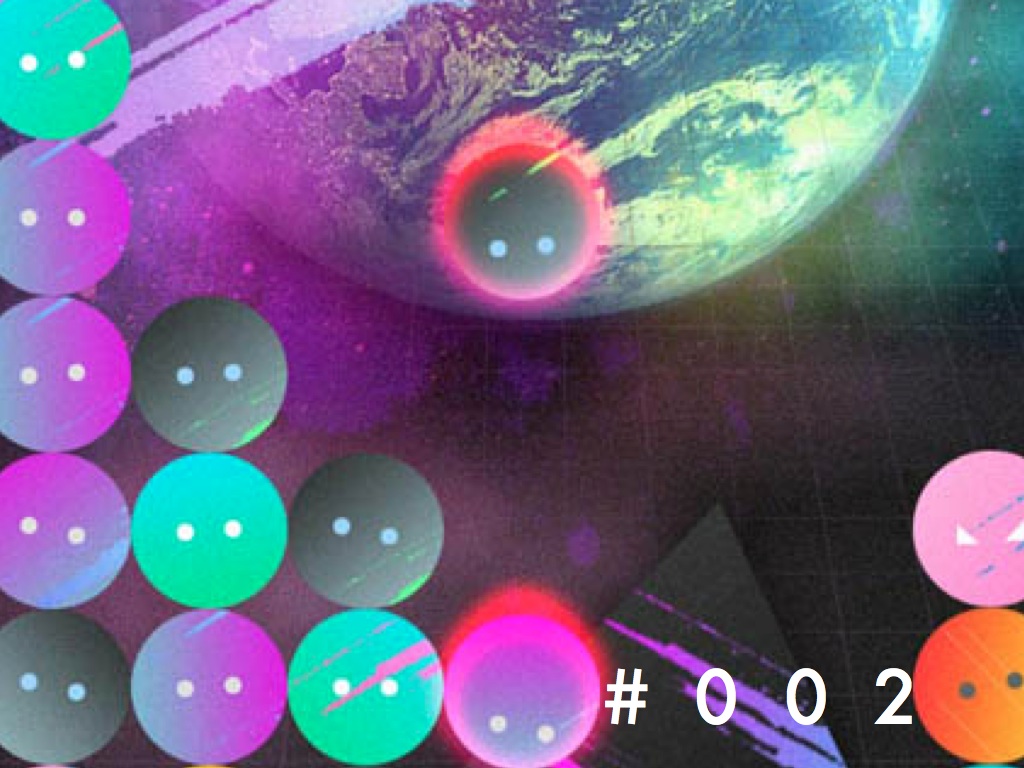 “the insanely gorgeous retro-future-disco puzzler you’ve been waiting for forever — at its core it’s a pretty basic match four game that’s done with a ton of over-the-top electroclash style & sound, and a pretty wicked record-scratching mechanic that ties directly into its music. Don’t hesitate to pick this one up.” 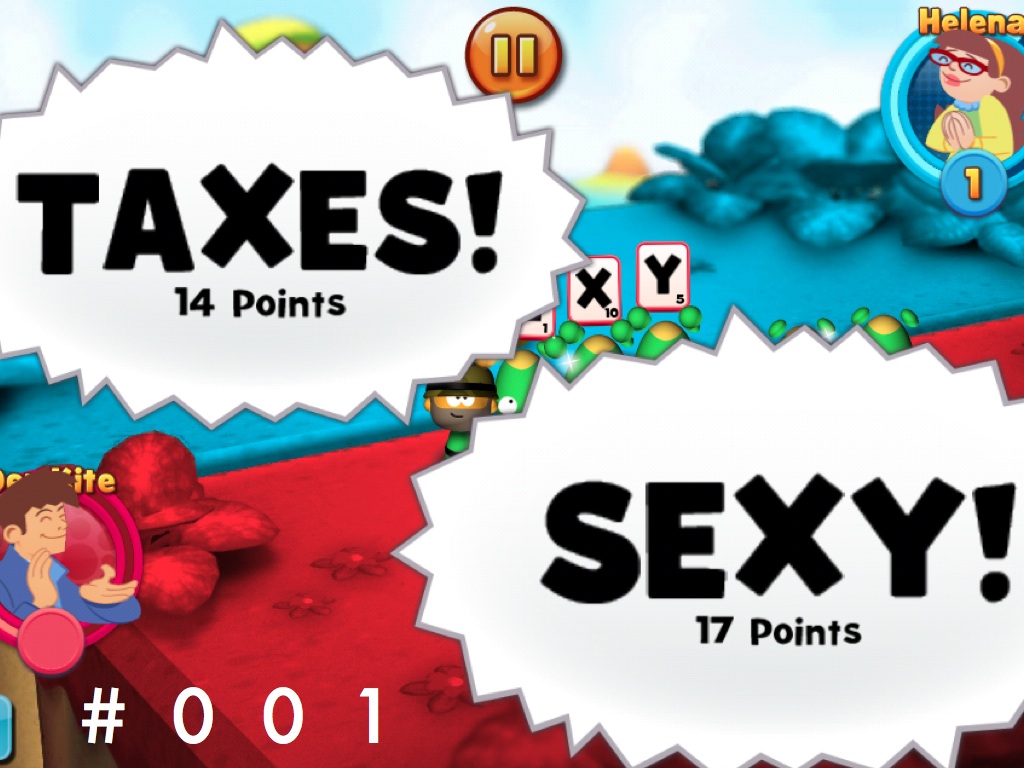 “… a combination of word games like Boggle and strategy games like Risk that’s beautifully blended together — one of the smartest games I’ve played in a long time, and super highly recommended for board game type fans.”